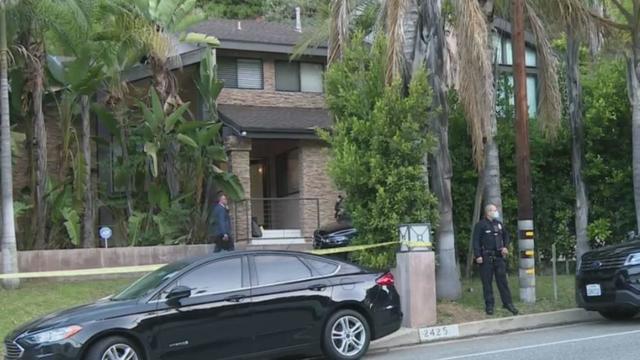 Three armed suspects followed a group of people home from a Beverly Hills restaurant and robbed them at gunpoint in the early morning hours Wednesday, according to Los Angeles authorities. It appears to be the latest in a string of attacks known as "follow-home" robberies, in which attackers follow victims home from expensive areas and steal their possessions.
The robbery occurred at about 1:30 a.m., according to Los Angeles police. The four victims had dined at a Beverly Hills restaurant and had arrived at a home they were renting in Beverly Crest when they were attacked, police said.
The suspects, who were armed with two handguns and a rifle, forced the victims into the home, police said. In the process, one of the victims was pistol-whipped.
The suspects then stole about $70,000 worth of cash, jewelry and designer clothes, including a watch valued at about $40,000, police said.
None of the victims required hospitalization. The victims told police that as they were driving they noticed a car behind them and did a U-turn to try and ensure they were not being followed.
"They did take precautions, they did notice a car behind them as they're coming up the canyon to this residence," LAPD Det. Chris Marsden told reporters. "They decided to pass the house they're staying in, make a U-turn, and make sure nobody was following them, which is what we recommend. However, in this case, they were still followed."
The suspects were only described as three young males wearing dark clothing. It's unclear if the robbery was caught on security video.
The incident was likely a follow-home robbery, police told CBSLA, part of a growing trend in L.A. over the past year in which suspects tail victims home, usually from high-end restaurants or nightclubs, and rob them of expensive jewelry, purses or other items. There have been at least 250 such cases since the department began noting the trend, an LAPD detective said Wednesday.
Police have listed areas such as Melrose Avenue and the L.A. Jewelry District as places where such crimes originate.
Following a dip in follow-home robberies in March, there has been a considerable uptick in April, police reported last week.
source: https://www.cbsnews.com/news/follow-home-robbery-police-say-armed-suspects-stole-70k-worth-of-money-and-jewelry/