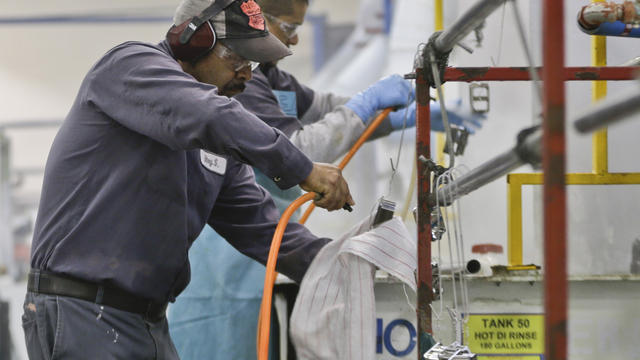 As companies experiment with a four-day workweek, California is trying to make it a state law.
A new bill introduced in the state assembly would make the official workweek 32 hours for companies with 500 or more employees, with hefty raises for any work done past that cutoff. Employers would be required to pay time-and-a-half to workers whose hours run over 32 a week. Work stretching past 12 hours a day or into seven days a week would be paid at double their normal wage.
Employers subject to the law also would be barred from reducing workers' pay because they are working less, assembly member Cristina Garcia, one of the bill's sponsors, told the Los Angeles Times. The bill would not cover workers who are covered by a collective bargaining agreement.
The proposed law would cover about 2,600 companies in California, or about one-fifth of the state's employers, according to the Employment Development Department.
The California Chamber of Commerce called it a "job killer," saying it would make hiring more expensive and lead to a drop in jobs in California.
"Labor costs are often one of the highest costs a business faces," Ashley Hoffman, policy advocate with the Chamber, wrote to bill cosponsor Evan Low last week.
"[B]usinesses often operate on thin profit margins and… the number of employees you have does not dictate financial success," she wrote.
But evidence from other countries suggests that a four-day workweek can have positive effects, boosting employee productivity while reducing stress. A broad trial in Iceland last summer concluded that a shorter workweek was an "overwhelming success" — 8 in 10 employees in the country have since shifted to working four days a week.
In the U.S., a handful of companies have started experimenting with a four-day week. Kickstarter is officially launching its shortened workweek this month. "[M]y expectation and my desire is that we can achieve the same outcomes or greater outcomes as a result of changing the way that we work," departing CEO Aziz Hasan told Time of the change.
D'Youville college, a small private school in Buffalo, New York, started testing a four-day week in January. President Lorrie Clemo said the move would "improve the overall wellbeing of our employees and competitiveness of our institution."
But overall, the shortened workweek has been a relative rarity in a nation where workers toil longer hours than in most other industrialized countries.
The typical American worker today works nearly 1,800 hours a year. Among developed economies, only four nations — Israel, Korea, Russia and Mexico — consistently put in longer hours than America. Historical records suggest that 14th century peasants worked less than contemporary Americans; by contrast, factory workers in the 19th century put in significantly longer hours.
Garcia's bill is similar to a federal bill introduced in Congress by Mark Takano, a California Democrat, and endorsed by the Congressional Progressive Caucus.
"People are spending more time at work, less time with loved ones, their health and well-being is worsening, and their pay has remained stagnant. It's time for change," Takano said in a statement.
source: https://www.cbsnews.com/news/work-week-32-hours-four-days-california/