Warriors keep the spine the same

Two frontline players have returned but two are out and captain Addin Fonua-Blake is also in doubt for the Warriors' fifth-round NRL contest against the North Queensland Cowboys. 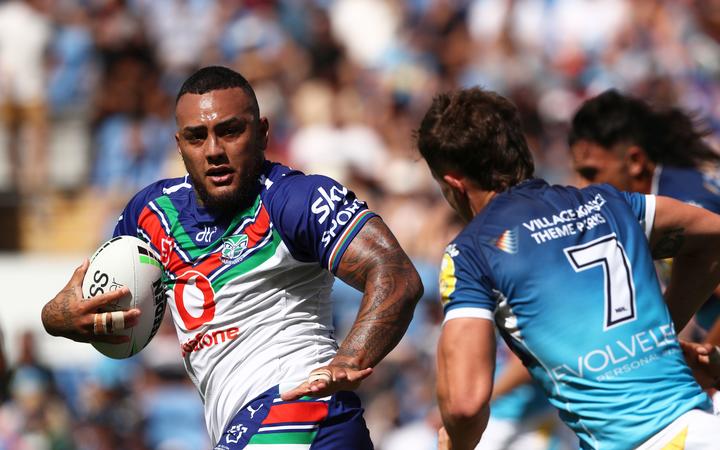 Addin Fonua-Blake fitness will be tested ahead of Cowboys game on Friday. Photo: Photosport Ltd 2022 www.photosport.nz

Interchange prop Aaron Pene (shoulder) and back rower Bayley Sironen (Covid) have come straight back into the line-up after missing last Saturday's 20-6 win over Brisbane.

Their returns are offset by utility forward Jazz Tevaga being suspended for two matches on a dangerous contact charge and interchange forward Ben Murdoch-Masila sidelined with an leg injury he picked up just 18 minutes into his return last week.

Fonua-Blake has been listed on the expanded bench for Friday's game in Redcliffe after picking up a knock against Brisbane but he will need to get through training this week if he is to play.

While Pene and Sironen make quick returns, first-choice centre Rocco Berry is also back in the mix after sitting out last week with a virus and fellow young centre Viliami Vailea is on the expanded bench having recovered from the knee injury which sidelined him after the first-round defeat by St George Illawarra.

Sironen, who was on the bench in the first three rounds, comes into the second row with Josh Curran switched back to loose forward.

For the first time this season, Brown has been able to select the same spine for a second week running with Wayde Egan at hooker, Shaun Johnson and Chanel Harris-Tavita in the halves and Reece Walsh at fullback.

Until now Egan had been the only constant in the opening four rounds.

Warriors for game against the Cowboys: