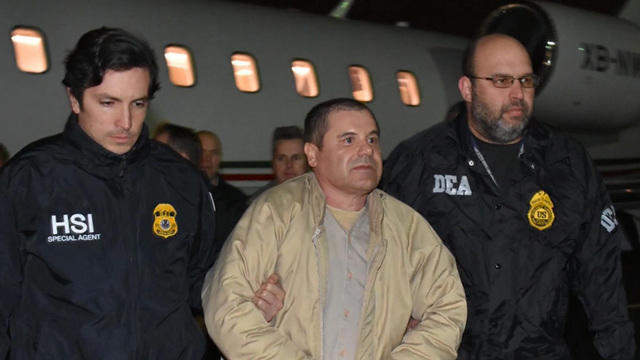 Mexico has dissolved a special unit trained by U.S. authorities to fight drug cartels because it was infiltrated by criminals, President Andres Manuel Lopez Obrador said Thursday. Some members of the group have been detained over the allegations, Lopez Obrador told reporters.
The police unit, which received training from the United States Drug Enforcement Administration, was disbanded more than a year ago, but the decision was not announced at the time.
"There's still cooperation (with US authorities) but that group that was supposedly of a very high strategic level was infiltrated (by organized crime) and its leaders are being investigated," Lopez Obrador told reporters.
The unit, whose closure was first reported by the Reuters news agency, was created in 1997 and worked on cases such as the capture of notorious drug kingpin Joaquin "El Chapo" Guzman.
In December 2020, Mexico announced steps to restrict the activities of foreign agencies like the DEA, following a dispute over the arrest of a former defense minister in Los Angeles for drug trafficking.
Lopez Obrador expressed irritation that he had not been informed about the investigation into retired general Salvador Cienfuegos, who was eventually sent back to Mexico, where he was exonerated by prosecutors.
In October, the United States and Mexico agreed to overhaul their fight against drug trafficking to address the root causes and step up efforts to curb cross-border arms smuggling.
After the initial Reuters report about the closure of the counter-narcotics unit, Texas Rep. Michael McCaul, the top Republican on the House Committee on Foreign Affairs, tweeted:  "Mexico's continued undermining of security cooperation is deeply unsettling. Both nations benefit from tackling the narcotics trade."
Across the country, more than 340,000 people have been killed in a wave of bloodshed since the government deployed the army to fight drug cartels in 2006.
Mexico's north-central state of Zacatecas has been the scene of bloody turf battles between the Jalisco and Sinaloa drug cartels. The Department of Justice considers the Jalisco cartel to be "one of the five most dangerous transnational criminal organizations in the world."
Last month, Lopez Obrador accused popular television shows of glamorizing the violent drug trade. He criticized TV series on platforms such as Netflix, saying they presented a rose-colored version of the lifestyles of drug traffickers.
The shows feature "gangs of drug traffickers, with actors, men, beautiful women, property, the latest cars, jewelry, designer clothes, power," he told reporters.
But they ignore "the destruction in particular of young people. And we are talking about thousands of deaths. In the United States, it's a serious problem," he added, referring to victims of drug overdoses.
He has asked the U.S. to invest in regional economic development instead of sending helicopter gunships and other weapons to take on drug traffickers.
source: https://www.cbsnews.com/news/mexico-ends-us-trained-special-unit-fighting-drug-cartels/