A man and woman have been charged with firearms offences after a standoff with police in West Auckland this morning. 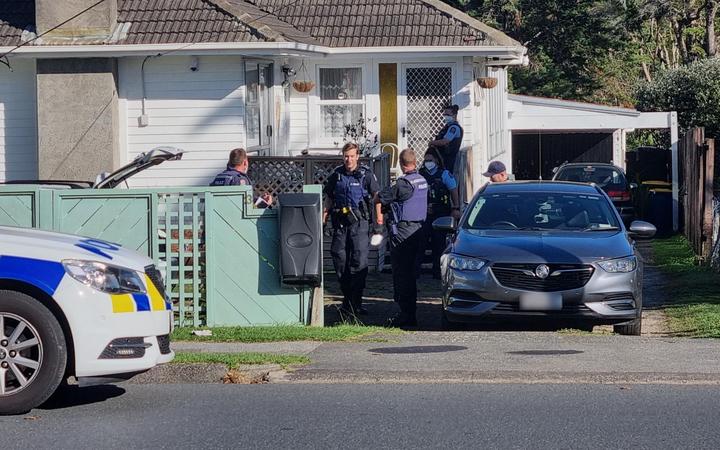 Police outside a Henderson property after an early morning standoff on Thursday. Photo: RNZ / Jonty Dine

Armed police arrived at Henderson Valley Rd shortly after 6.30am.

An occupant had barricaded themselves inside a property and made threats about being armed.

Police said the pair were charged with firearms and ammunition offences and were due to appear in the Waitakere District Court.

A gun and ammunition were found at the scene.