Retired conservative judge willing to testify about Pence and Jan. 6 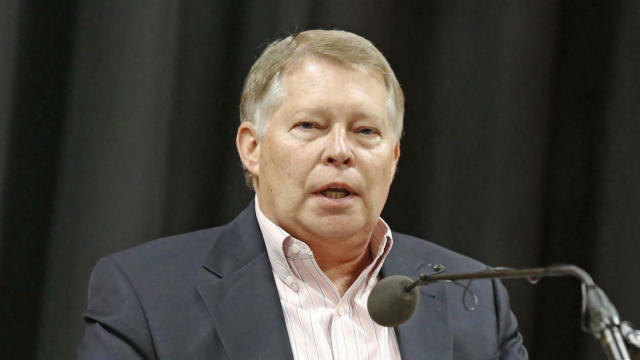 J. Michael Luttig, a retired federal judge and leading conservative who advised Vice President Mike Pence ahead of the Jan. 6 attack on the U.S. Capitol, told CBS News on Tuesday that he is willing to publicly testify about that experience and his alarm over Republican attempts to overturn the 2020 presidential election.
"If invited by the Congress, I would of course be glad to testify," Luttig said in a statement.
Luttig played a pivotal role in helping Pence and his chief counsel in the vice president's office, Greg Jacob, and outside lawyer Richard Cullen, to forge a legal and constitutional argument for the vice president. Luttig urged Pence and his aides to resist President Donald Trump's overtures for Pence to take steps to try to delay or even block the congressional certification of Joe Biden's victory.
"I understood the gravity of the moment and the momentous task that I was being asked to help the vice president with," Luttig told Politico in February. "I had been following all of this very closely in the days leading up to it. It was then — and may forever be — one of the most significant moments in American history. I'm a cut-up, but I'm deadly serious when the time comes, and that day, I was as serious as I can possibly be."
The House select committee investigating the January 6, 2021, assault on the Capitol has not yet announced its list of witnesses for the planned committee hearings later this year.
Beyond calling witnesses, people close to the committee have told CBS News that video presentations of evidence will also be part of the more public phase of the probe.
Luttig, who served on the U.S. Court of Appeals for the Fourth Circuit, is widely regarded as a top legal mind and is also a favorite of conservatives. During George W. Bush's presidency, he was considered a leading contender for a seat on the U.S. Supreme Court.
He also has links to key Jan. 6 figures: Sen. Ted Cruz, a Texas Republican who advocated for a congressional commission to study voter fraud, and conservative lawyer John Eastman, who closely advised Trump on how to block the certification of Biden's election and push it back to the states, are both former Luttig clerks.
In an article published Monday, Luttig told The New York Times that Trump's continued push to decertify Biden victories in several states remains a threat to democracy.
"At the moment, there is no other way to say it: This is the clearest and most present danger to our democracy," Luttig said. "Trump and his supporters in Congress and in the states are preparing now to lay the groundwork to overturn the election in 2024 were Trump, or his designee, to lose the vote for the presidency."
Robert Costa is CBS News' chief election and campaign correspondent based in Washington, D.C.
source: https://www.cbsnews.com/news/mike-pence-january-6-judge-michael-luttig-counsel/