Kāinga Ora is positive about its First Home Partner scheme, despite taking more than four months for a single property to be settled. 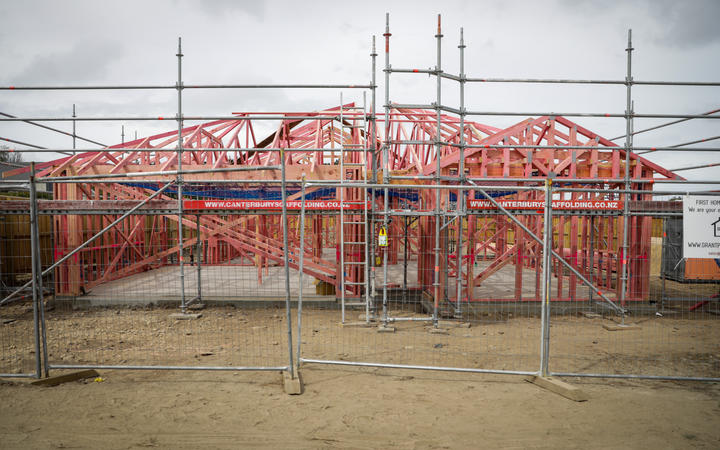 The progressive homeownership scheme, which launched on 5 October 2021, allows first home buyers to purchase property with Kāinga Ora and buy out the agency over time.

Kāinga Ora's maximum contribution is whatever is lower between 25 percent of the purchase price or $200,000.

But figures provided to RNZ under the Official Information Act show there were no settlements made between 5 October last year and 5 January this year, and initial engagement with the scheme has been high before sharply decreasing at each step.

In that three-month window, there were 2133 applications drafted but only 672 were submitted for an eligibility assessment. This then decreased to 295 eligible applications, of which only 17 had sale and purchase agreements approved.

Kāinga Ora proactively shared that the number of approved applications had risen to 31 by mid-February. However, it would not share where properties were because there were still no settlements.

Kāinga Ora home ownership products manager Jason Lovell was aware no settlements was an easy point to criticise, but said the scheme should be looked at as a pipeline of numbers that was building.

By 25 March, which was after Lovell spoke with RNZ, there had been nine settlements and 28 sales and purchase agreements that had signed.

Homes had to be new builds or off the plan, an option where Kāinga Ora had a number of unconditional deals in the pipeline, Lovell said.

He described the scheme as "a bit of a process" and said people needed to take time "to get their ducks in a row" before applying, which possibly explained the major fall in numbers.

The scheme was also only one Kāinga Ora pathway to buy a home, he said, and was targeted at "those that are more at that buy-ready stage ... and generally have slightly higher incomes to those others in the two other pathways" (First Home Loan and First Home Grant).

"They're generally people who can get a loan, service a loan, have some form of deposit, but it's just not quite enough to achieve homeownership; the house prices increasing recently have basically, sort of, put them out of touch with being able to achieve that."

The scheme is only available through two banks, BNZ and Westpac, but Kāinga Ora was working to get others on board, Lovell said.

Overall, Lovell said it was early days. "I'm really positive about the way it's going and the potential for this to really make a difference for a lot of first home buyers."

However, National Party housing spokesperson Chris Bishop still called the scheme "a failure" because it was "very, very slow to get going".

"Kāinga Ora officials can say all they like that, you know, start slow and there'll be a snowball effect - that's not been the experience with the Government's own other progressive home ownership policies."

Bishop said the problem was the vastness of "the red tape and the bureaucracy behind it all".

He said the government should instead be providing more support to community housing providers.

"We back the idea of progressive homeownership, there's no doubt about that. The question is just how that's done and what the role of government is."

Minister of Housing Megan Woods said criticisms of the scheme "are not relevant and not justified".

She pointed to the First Home Partner scheme being part of the $400 million Progressive Home Ownership Fund that she said will help between 1500 and 4000 families.

"One of the things you also have to bear in mind is that we haven't even begun advertising this scheme in any meaningful way yet."

Advertising was due to start in April or May, and having 2900 people engage with the scheme by the end of March "shows that this is a scheme that is performing well", Woods said.