Yuriy Glodan had only left his flat and family to go to the shops when he heard the news of the explosion. 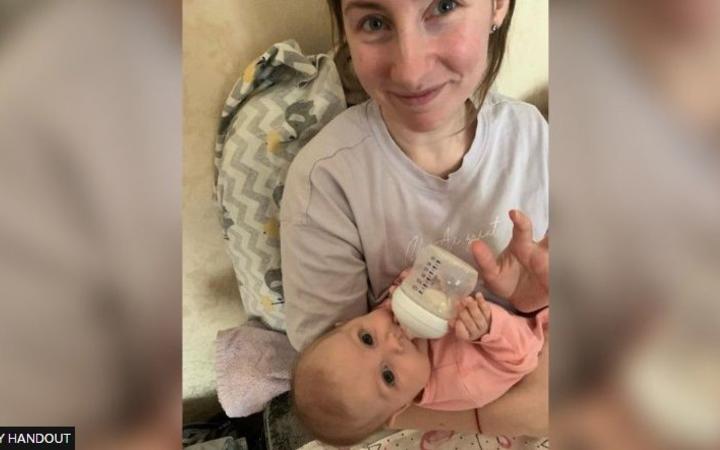 Baby Kira Glodan and her mother, Valeria Glodan, in a photo given to the BBC by Yuriy Glodan after their deaths in a Russian missile strike. Photo: BBC screenshot

Kira Glodan, a three-month-old baby, is one of the latest victims in the war in Ukraine. She was killed along with her mother and grandmother in a Russian missile strike in Odesa on Saturday.

At the entrance to his block of flats he screamed at police to let him inside the burning building. When he reached his flat, he found the bodies of his wife and her mother, killed by a Russian missile that had ripped into the upper floors of the block.

The body of his three-month-old baby Kira was discovered later; he saw it for the first time when he returned to the flat on Sunday.

The deaths - three generations of a single family - have sparked outrage and revulsion in Ukraine, a country already hardened by two months of war.

Commenting on the strikes, President Volodymyr Zelensky was visibly upset when speaking about baby Kira's killing.

"How did she threaten Russia? It seems that killing children is just a new national idea of the Russian Federation," Zelensky said in his nightly address to Ukrainians. He described those who had planned and carried out the attack as "bastards".

Five others were also killed in the missile strike. 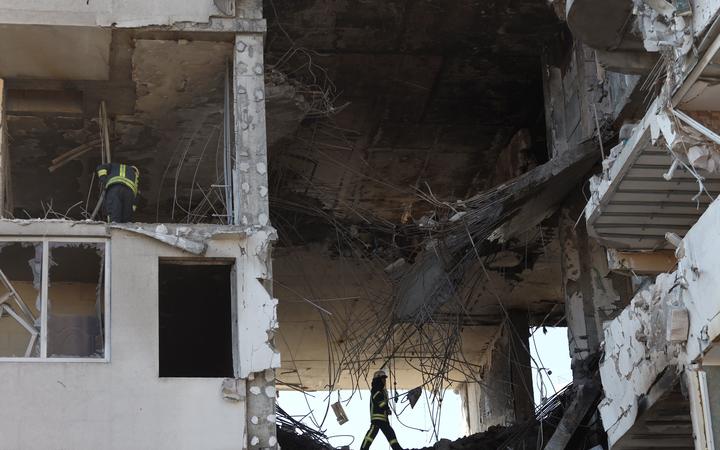 The building that was hit killing a total of eight people, including three members of Yuriy Glodan's family. Photo: AFP

Yuriy was in the wrecked building on Sunday to find what he could salvage from the apartment. Photo albums, his wife's sugar sachet collection, handwritten notes. He found his baby's stroller in pieces.

"If I leave things in the flat, it will become garbage and people will throw it away," he told the BBC. "I want to keep it for my memories."

He and Valeria had been a couple for nine years.

"She could find joy in everything. Odesa was her favourite city. She worked in PR and she could communicate with a lot of people, understand them. I admired what a good writer she was," he said.

"She was a great mother, friend, with all the best qualities. It will be impossible for me to find somebody else like Valeria. She was perfect. Such a person could be given to you only once in a life and it's a gift from God."

Kira had been born at the end of January, just a month before the start of the war.

A few weeks after that, Valeria had posted on Instagram that she was living with "a new level of happiness" after the birth of her first child. "Our girl is one month old now," she wrote. "It has been the best 40 weeks."

Yuriy showed us photos of Kira on his phone sent to him by his wife.

"We were so happy when she was born," he says. "I was in the maternity hospital when she gave birth. It's very hard for me to realise now that my daughter and wife are no longer here. All my world was destroyed yesterday by a Russian missile."

He wants the world to know about what happened to his family.

"What is happening is a grief for my family, for our city, for Ukraine, it's a grief for the whole civilisation. I hope our story helps to stop this war."

As we leave, he hands us some nappies in a carrier bag, one of the few things he's been able to recover from the flat.

"Please take them," he tells us. "Give them to charity. I have no need for them now."