Auckland's birdlife is dying as avian botulism spreads after a hot summer. 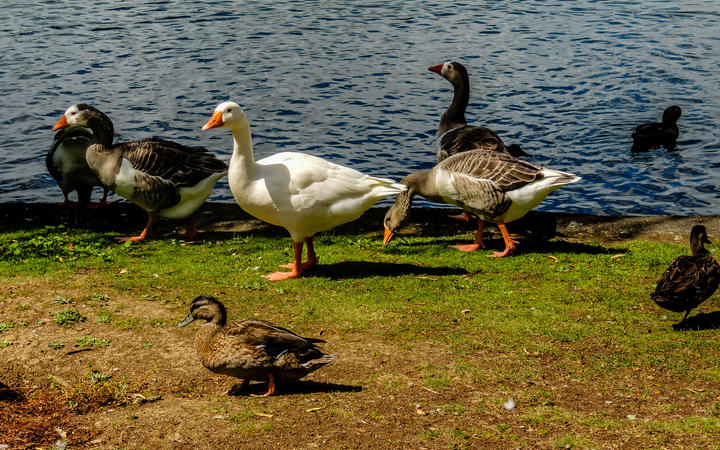 The toxin is a water-bound disease that spreads faster in warm water ponds, and has infected thousands of birds this year.

The disease is caused when the bird eats toxin produced by Clostridium botulinum bacteria. The toxin causes paralysis to spread, which leaves the animal prone to predator attacks and parasites.

"The toxin thrives the most in an environment where the water is warm and there is a lot of organic matter so, when people go to these kind of ponds or lakes and they are throwing food material to the birds, that sinks to the bottom and that creates thriving conditions for the toxin to bloom".

Ducks were not the only species affected by Avian Botulism, Russel said.

"We have seen impact through the gulls, the herons and even oystercatchers and other birds so it really has wide spread impact throughout the entire bird community".

Auckland Council has confirmed that 410 dead birds were collected since January, 270 more than last year.

The council said it was removing dead and sick waterfowl quickly to try to stop the spread, as well as installing barley bales in ponds to reduce algae growth and improve water quality.

Russel said control of the spread depended on preparation prior to each summer, by responding quickly to water temperature changes, and the environmental conditions.

Recently, the council has been removing 10 to 15 dead animals per day from ponds and lakes in Auckland, a huge increase compared to previous years when this number was around two birds every fortnight.

Russel said controlling the outbreak was also in the hands of the public, by identifying sick animals and bringing them into care when possible.

"It's important that the members of the public keep an eye out for birds that are acting paralysed around waterways. It's really urgent that these birds get picked up quickly and get taken to our bird rehabilitation in Green Bay, in Auckland. We can then treat them.

"If the birds are left for too long they can start to get scabs and wounds on them that fester, because they are not able to move and clean them. So it's really important that people help by reporting these outbreaks when they see them around waterways that are hotter over summer."

More information about where to take wild sick birds can be found here.