The tax department thinks high earners are likely to declare nearly $3 billion less in income after a new top tax bracket starting at $180,000 was brought in, with officials concerned that people are shifting money around to avoid paying. 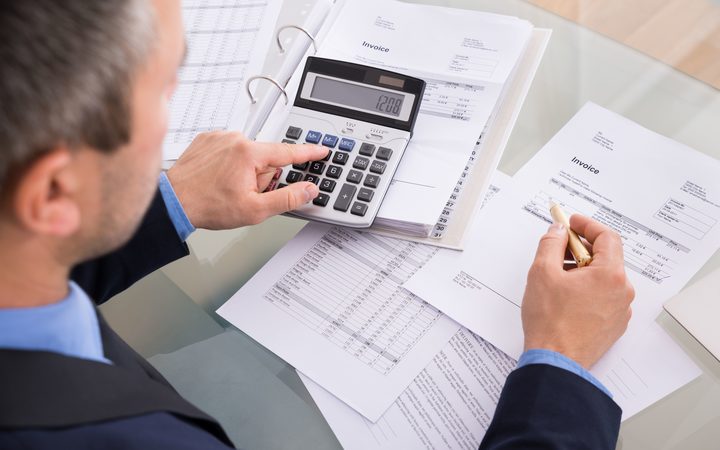 The Inland Revenue Department (IRD) says people may be "structuring" their tax affairs to reduce the amount they pay.

The IRD warns the current policy does not meet the government's objectives, as structuring can "erode public confidence in the integrity of the tax system".

And depending on the final tax returns for the year, it might cost the government in the ballpark of $150 million in tax revenue in the past year.

From 1 April last year, tax on personal income over $180,000 a year was lifted from 33 to 39 cents on the dollar. It was one of the Labour Party's 2020 election policies, which the party said was to generate income while affecting 2 percent of the highest earners in the country.

Business income tax stayed the same on 28 cents, as did the 33-cent trustee income tax rate.

Inland Revenue specifically warned ministers that people would try to avoid paying the higher personal rate unless it aligned the rates of other business vehicles, especially trusts, with the top personal rate.

"The potential is that some people will find the temptation too great, and will look to mitigate their tax affairs to pay less tax."

He noted the difference between the flat business rate of 28 percent and the top personal rate of 39 percent is now 11 percentage points.

"It creates basically a fertile ground where [high income earners] start thinking 'that's actually quite a big disadvantage now, is there a better way I could be doing this legitimately?' and pay less tax as part of the process," Cuthbertson said.

To try calculate this, Inland Revenue honed in on high earning individuals from the last few years who would likely be captured by the new 39 percent rate $180,000 rate in the 2022 tax year.

(Although the tax year at the time hadn't even finished, the IRD was able to pull together loose estimates of earnings.)

It forecast returns for this group will be down $2.88 billion, or about 14 percent from the year prior.

The IRD expects that the average self-employed person - who has the most control over their income - might declare 13 percent less income than they did the year before, to drop from $191,000 to $166,000. This would take them below the $180,000 threshold and not pay the higher rate.

The IRD emphasised that these were initial estimates based on incomplete data, and the year's filings won't be complete for at least 12 months. It was also highly likely Covid-19 related disruptions impacted incomes, but this was the case for the 2021 tax year too, which is the comparison year.

However the IRD does have historical suspicions to believe structuring has occurred.

The following graph shows precipitous spikes in income reported by self-employed people just at the threshold that the marginal tax rate increases at $48,000 and $70,000. 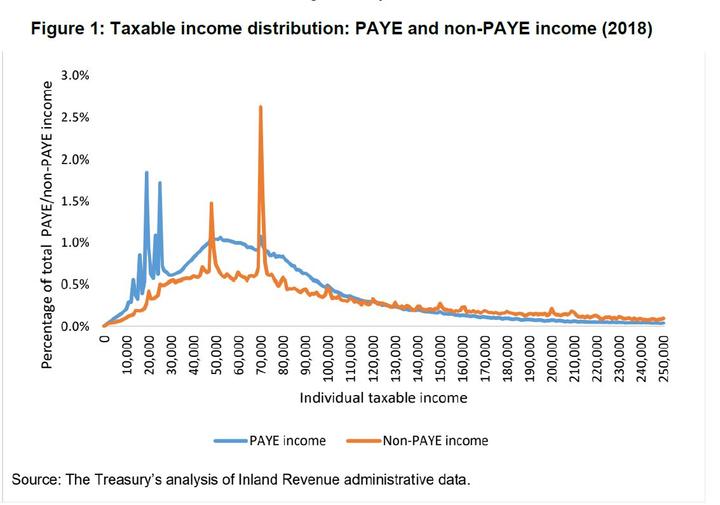 Since the Government was voted in, with a promise to lift the top personal tax rate, the IRD noted the number of trusts and companies had increased by 28 percent.

"This, combined with the estimated movements in income, is causing concern that structures may be being used to reduce incomes below $180,000," the Inland Revenue Department said.

A tax partner with Deloitte, Robyn Walker, thinks it's too early to jump to conclusions.

She said not everything's "tax motivated", and there are perfectly legitimate reasons why someone's income has dropped, especially with Covid.

"When you are a business owner, more often than not you might be the person who's paid last," Walker said.

"I would hesitate to say the drop in incomes in this population is necessarily due to a reaction to the 39 percent tax rate being introduced, and potentially more a reaction to the fact that Covid-19 has provided a huge amount of disruption."

The IRD told government ministers - of revenue, David Parker and finance, Grant Robertson - that any structuring that did occur would have adverse effects.

"Perceptions of arbitrary outcomes, such as when some taxpayers can structure to avoid the 39 percent rate, will erode public confidence in the integrity of the tax systems and the feeling that all taxpayers are treated fairly."

IRD officials in 2020 unsuccessfully recommended the Government lift the trustee tax rate to 39 percent as well.

"The integrity risks can be mitigated... by imposing a 39 percent rate on trustee income, since trusts are the primary vehicle that high-income taxpayers are most likely to use to divert income that would otherwise be taxed at their 39 percent personal rate," officials wrote.

"An increase in tax rates will generally lead to more tax-induced structuring activity as it becomes relatively more appealing to taxpayers to try to circumvent the 39 percent rate. This will likely result in disputes with taxpayers seeking to avoid the new rate and possibly court cases. Inland Revenue already undertakes significant compliance activity to minimise avoidance and will be expecting that incentives created by higher taxes create more pressures in this area."

A spokesperson for the Revenue Minister David Parker said they are keeping a close watch on this.

"When we introduced the 39c rate we always said that we would monitor the situation and the use of trusts, and would act if necessary," the statement said.

"That's also why we introduced powers to collect information from trustees to further understand trust behaviour.

"Inland Revenue will manage its resources as it sees fit to act on information and protect the integrity of the tax system."

The government is consulting this month on ways to limit avoidance of the higher tax brackets by using a company structure.

John Cuthbertson, the accountant, said they shouldn't rush on any resulting decision.

"I think the last thing we really want or need here is some sort of knee jerk reaction. We've already had significantly increased compliance burden on all, and we want to be really careful that if they're considering expanding these integrity measures that they don't impinge on normal and routine commercial practices in New Zealand," Cuthbertson said.

The IRD said it's keeping an eye on this.

"We are continuing to monitor trends and patterns, focussing on customers who had high incomes in the 2021 and/or 2020 tax years, as this is the population who may be motivated to change their behaviour in the 2022 tax year to minimise their exposure to the 39 percent tax rate," IRD customer segment leader Tony Morris said.

"There are many other reasons why a customer might have had high income in 2020 or 2021 and a valid reason for their income being lower in 2022, examples are those people who retired or were made redundant in 2020/21.

"Where we identify behaviour that indicates a customer has tried to avoid the top personal tax rate we will engage with those customers to understand the reasons for any change in their income and/or business structure."