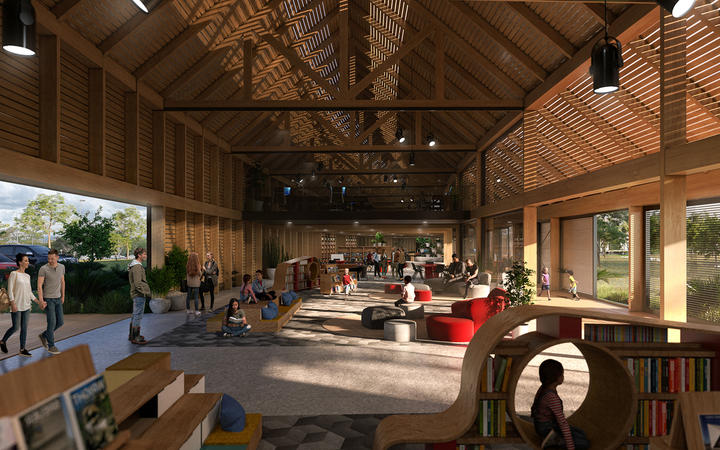 And further engagement with the wider community is set to roll out in the coming weeks, Mayor Lyn Patterson says.

The engagement, which will ask the community "key questions around what will make this your place", follows last weekend's mass protest against the project, held at the council-owned recreation centre site, which is being investigated as a potential location for the facility.

Numbers of those in attendance at the protest are reported to have been between 800 to more than 1000 people.

There were also scores of people who indicated they were unable to attend but supported the protest.

In her latest mayoral column, Patterson said she supported people's "right to make their views known but, as I have said throughout this process, it is important to stick to the facts".

"Any suggestion that there are plans in place to demolish pools or the stadium is false," she said.

"There are no plans in place whatsoever at this stage."

There are, however, early sketches that show how the recreation centre site could be used, and some of these involve the removal of the outdoor lido pool, one of the indoor pools, or the War Memorial Stadium.

Patterson said the community had been consulted and had "given this council the mandate, through the Long-Term Plan [LTP], to develop the civic facility, and we need to get on and do it".

The consultation process is, however, under investigation by the Ombudsman and has been criticised by proponents on both sides of the debate.

"The decision to proceed was made as part of last year's Long-Term Plan deliberations - a 6-5 vote," Patterson said.

"More than half of elected members supported the approach. That is democracy."

Meanwhile, civic facility architects, Architectus, have wrapped up several weeks of initial consultation with targeted subject matter experts, each bringing a technical eye to main features planned as part of the facility. 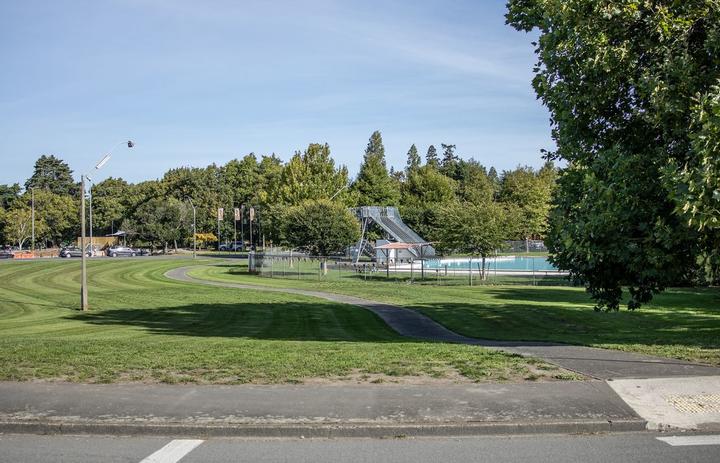 A site has not been confirmed for the new facility. Photo: LDR / Jade Cvetkov

Among the performance and technical experts brought together to discuss what the proposed theatre space might contain was local multi-instrumentalist and sound engineer Toby Mills of Noise Productions.

"I regularly work in and visit venues all around the country. I get to see the mistakes they made when they commissioned their venues," Mills said.

"Often, these mistakes directly impact the usability and viability of the venues.

"The opportunity to be involved as a subject matter expert meant I can pass on this knowledge and make sure that Masterton's new civic facility does not fall victim to these same mistakes."

The proposed theatre space would be a fully flexible performance and function space that can be configured to suit the show or event taking place within it.

As part of the initial brief, the seated capacity would be 500 people.

"If this facility is to cater to the town for the next 50 years, then we need to project forward and contemplate what our town will look like in 50 years - 500 [capacity] just won't be enough," Mills said previously.

"If you ask any regular user or person who is involved with the design and build of the Carterton Events Centre, what their number one regret is, it is that they should have made it bigger.

"It's the one aspect that can never be changed without a huge additional cost."

Mills now said he was more comfortable with the 500 seated capacity, given that early design ideas made for "an extremely flexible building which would be hard to scale up much larger".

Speaking in the council's latest project update, Mills said he was excited for the venue to "connect Masterton back to the world of live performance and touring shows that have been sorely missing for the last five years since the closure of the town hall and King Street Live".

"I have been very impressed with the architects on this project who have listened very carefully to the local users and groups and folded the feedback into the final brief.

Consultation to date has included experts from the local theatre scene for the proposed performance spaces, and librarians and archivists for the new library and archives.

Events, customer service, and information specialists have also been engaged through a series of workshops.

Their views will shape the architect's return brief to the council, which will then inform the initial concept design.

A site has not been confirmed.

Masterton District Council hopes to begin broader community engagement in the coming weeks - asking what people would like to see considered as part of the civic facility, how their needs can be met, and building on the back of the work already undertaken by the subject matter expert groups and previous consultations.