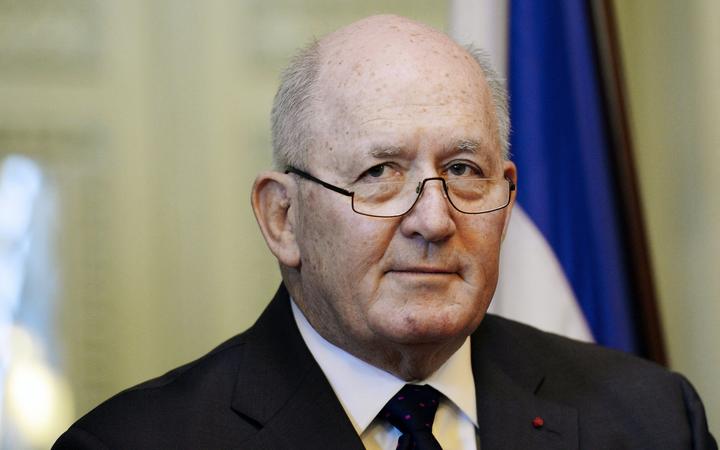 ABC's Four Corners has revealed the New Zealand military ordered its legal officer within the International Force for East Timor (INTERFET), Andrena Gill, to discreetly investigate claims that detainees were tortured in a secret Australian-run interrogation centre in Dili in 1999.

Secret documents seen by the program reveal Captain Gill's report raised alarm bells in the top ranks of the New Zealand Defence Force, with a senior official contemplating the extraordinary step "that we do not hand detainees that we have captured to INTERFET for interrogation".

Sir Peter - who at the time was an Australian general and commander of the widely lauded INTERFET peace-making mission - told Four Corners in a statement after the program aired that this was "the first I have heard" of the New Zealand responses to alleged detainee mistreatment.

"I am dismayed to see it alleged that a New Zealand legal officer was instructed to conduct a secret investigation into Australian actions in INTERFET," he said.

"Equally, I am dismayed at the claim that any people detained by NZ personnel would not be placed in the INTERFET Detention facility."

Four Corners also revealed the chief of the New Zealand Defence Force despatched an envoy to meet the then-Major General Cosgrove in East Timor to reinforce the Kiwi "unease" about the allegations.

Sir Peter - who said he "did not see the Four Corners episode wherein this issue was raised" - has denied any senior New Zealand military official raised concerns with him.

"The New Zealand Defence Force was made aware of concerns of detainee mistreatment that were raised by the NZDF Legal Officer in October 1999," it said.

"This was an appropriate response consistent with our obligations under international law."

A secret memo seen by Four Corners shows New Zealand Brigadier Louis Gardiner reported back to Air Marshal Adamson on December 12, 1999, that "my discussions with Commander INTERFET [Major General Cosgrove] in regards the management of detainees clearly outlined your concerns".

Brigadier Gardiner, in the memo, said Major General Cosgrove had "stressed that he had clearly directed that detainees were not to be ill-treated" and that intelligence officers knew that interrogation was "not to include depriving detainees of food and water [or] having personnel survive long periods without sleep".

Sir Peter told Four Corners that concerns about detainee mistreatment were never raised with him by New Zealand officials.

"I can categorically say that, if this was the late Major General Lou Gardiner, an officer I knew well, on a visit to INTERFET … [he] at no stage raised with me issues concerning detainees, nor any other matters concerning conduct," he said.

"No other NZ officer raised this matter with me."

In 2003, a special inquiry by Australian military police found 14 Timorese men and boys were deprived of food and sleep, restricted access to hygiene facilities and mentally abused over three-and-a-half days of interrogation.

It recommended torture charges against three commanders of the interrogation centre.

Four Corners was told the Australian Defence Force received legal advice that the evidence supported torture charges, but it was unfair to prosecute the commanders because they were following their training.