Mother accused of drowning her baby and toddler in bathtub 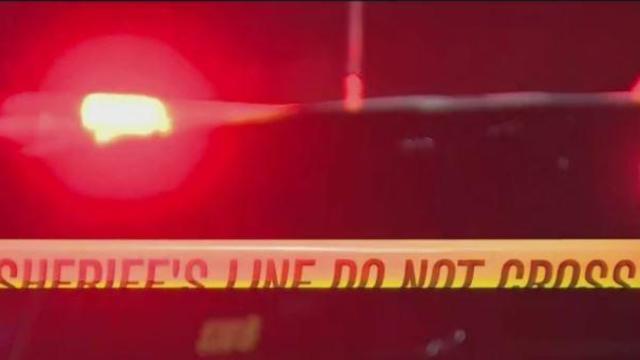 A woman was arrested Thursday on suspicion of drowning her two children, a baby and a toddler, in a bathtub at her Northern California home, authorities said.
Courtney Williams, 26, was arrested at her home in Linda after the children's father called 911 at around 11:45 a.m., the Yuba County Sheriff's Department announced.
The man returned home from work for lunch when his wife "allegedly told him that she had hurt the children," the department said in a statement.
Media Release: Coroner’s Investigation into Death of Two Children - Mother Arrested After Infant and Toddler Found Deadhttps://t.co/ZIIbFIuhzw
He found the bodies of the boys, one five months old and the other age 2 1/2, in a bathtub full of water, authorities said.
Despite efforts to revive them, the children were declared dead at the scene.
"At this time, detectives believe the apparent drowning of the boys was intentional," the statement said, although it didn't mention a possible motive.
It wasn't immediately clear whether Williams had an attorney who could speak on her behalf.
"The tragic loss of 5-month-old Holden and his 2 1/2-year-old brother Ronin reverberates throughout our department and into the community," Sheriff Wendell Anderson said in the statement. "There are no words to adequately describe the sadness we feel for the family at this time."
Linda is a small unincorporated community about 40 miles north of Sacramento.
Video obtained by KXTV in Sacramento shows Williams being arrested and handcuffed in pink sweatpants while barefoot.
"She was just no expression whatsoever, no tears, no nothing," neighbor Charlene Smith told the station.
Neighbor Krista Taraha's son is only a day younger than Ronin and the boys used to play together, KXTV reported.
"My son's probably going to ride his bike over there and sit by his yard every morning, yelling for him like he does every day," she told the station.
source: https://www.cbsnews.com/news/courtney-williams-arrested-drowning-baby-toddler-bathtub-linda-california/