British PM: Transgender women should not compete in female events 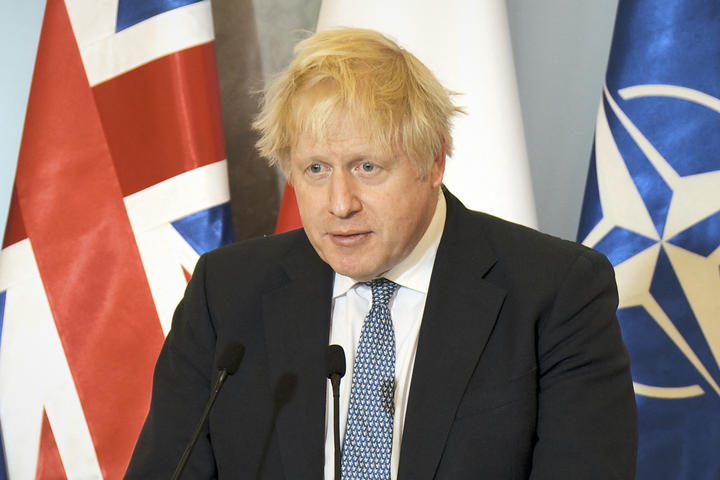 British PM Boris Johnson is seen at a press conference at the Chancellery of the Prime Minister in Warsaw, Poland on 10 February, 2022. Photo: NurPhoto / NurPhoto via AFP

Johnson was speaking as the country looked set to abandon plans to hold a flagship conference designed to promote LGBT+ rights around the world.

Charities and organisations are boycotting the event following a dispute over conversion therapy for transgender people.

"I don't think biological males should be competing in female sporting events. Maybe that's a controversial thing to say, but it just seems to me to be sensible," Johnson said.

"I also happen to think that women should have spaces - whether it's in hospitals, prison or changing rooms - which are dedicated to women. That's as far as my thinking has developed on this issue.

"If that puts me in conflict with some others, then we have got to work it all out. It doesn't mean I'm not immensely sympathetic to people who want to change gender, to transition and it's vital we give people the maximum love and support in making those decisions."

Transgender rights has become a hot talking point as sports seek to balance inclusivity with ensuring there is no unfair advantage.

Transgender cyclist Emily Bridges was ruled out of Britain's National Omnium Championships last weekend after the sport's governing body, the UCI, ruled she was ineligible.

British Cycling had cleared Bridges to take part under their "Transgender and Non-Binary Participation policy".

Thomas competed on Pennsylvania's men's team for three years before transitioning and setting multiple programme records with the women's team, but her eligibility has come under considerable scrutiny.

The latest International Olympic Committee (IOC) guidance, updated in November last year, is that no athlete should be excluded from competition on the grounds of a perceived unfair advantage due to gender.