NZTA taking control of NZ's supply of bitumen for roading

The Transport Agency is taking over nearly all the country's bitumen supply vital to road building because it believes it is being ripped off by suppliers. 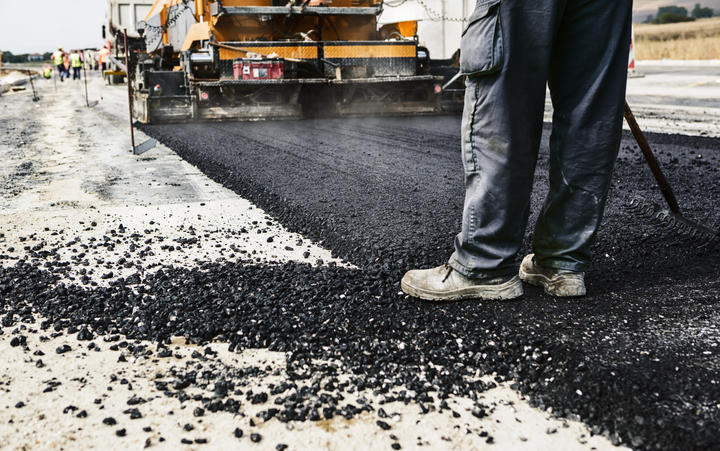 Documents show the agency warned that if it doesn't take over, overpayments to the $100m-a-year bitumen market will get worse.

Waka Kotahi the Transport Agency (NZTA) denied to RNZ that it even has a copy of the plan, but Z Energy has already begun telling customers it will stop importing bitumen from July 2023 because NZTA's move will leave it no room to operate.

The agency said Z has 84 percent of the market of 190,000 tonnes a year, 94 percent of which went to Waka Kotahi and council projects.

Z estimated its share as having dropped to under 70 percent in recent years as more contractors imported bitument directly.

Read the documents from NZTA:

The very first thing a paper to the board said, to describe the situation, was that the bitumen supply chain had met the agency's needs "in the past, but is believed to have now led to a high on-road cost of bitumen with large profits being made by suppliers".

Bitumen prices for road contracts are based on a list price "that Z Energy determines", which is used to adjust NZTA's bitumen index, the documents said.

"Waka Kotahi relies on the competitive tender process to secure best price for bitumen and has no visibility of the actual price paid by industry for bitumen," an April 2021 document said.

"However, it is understood there is the existence of discounts for off-list prices and volume-based rebates."

Z Energy bitumen manager Paul Prendergast said customers could import their own if the price list Z gave Waka Kotahi each month was not seen as fair.

"Z refutes any assertion that we have unreasonably profiteered from the market," he said.

Bitumen is considered a "strategic commodity" because NZTA and councils have no alternative for road building.

It has been entirely imported since early last year, after Marsden Point oil refinery stopped making 100,000-120,000t a year within a month of an NZTA committee receiving a "sudden" warning in December 2020 that it would stop, a paper to the agency's board showed.

The agency gave an oral update to the Transport Minister last December on recommendations approved by the its board, but provided no information to RNZ about this, saying: "There is no copy of the content of this oral update."

RNZ has appealed to the Ombudsman.

That manufacturing stoppage raised the risk the bitumen supply chain "will evolve against" agency strategic interests, the board paper warned in November.

The April paper said: "Waka Kotahi has a unique window of opportunity to take a strategic view of the full bitumen supply chain, and potentially secure reduced prices."

At that stage, a year ago, it was looking for one or more supply chain partners to "improve our cost position in the supply chain".

Despite the acknowledged impact of bitumen prices on "NZ Inc", NZTA refused to answer most of RNZ's dozen questions about its changes to bitumen supply, and blanked out 50 of the 55 pages of the reports it released, mostly on the grounds of commercial sensitivity.

One of the few parts not blanked out said:

"Do Nothing Risk: If Waka Kotahi does not take this opportunity to influence the market the following risks have been identified and will impact NZ Inc:

The country has already paid many millions of dollars to fix highway pavement problems, such as in Kāpiti, though the cause of these may not be the bitumen.

When RNZ asked to see the plan for bitumen supply NZTA said no plan existed. However, elsewhere in the same OIA response, it said the board was briefed on the implementation plan, and that it had met with bitumen importers about its plan.

Asked if it had talked to the importers about accessing the 10 bitumen storage tanks they own at various ports, NZTA said this was "commercially sensitive information which was discussed under non-disclosure agreements". The tanks are very expensive.

It also refused to provide any information about:

The national market for bitumen - about 190,000 tonnes a year - is worth more than $100m a year at recent global market prices of about $600 a tonne. These prices bounce around a lot, but recently exceeded pre-Covid-19 levels, after steep rises recently.

Z said it had regularly imported bitumen for many years to meet demand, bringing in 120 million litres last year. It said the price was tied to crude oil so it was volatile given the Ukraine war.

Contractors buy from Z and pay tank owners a throughput fee for access to the tanks which are owned mostly by three large roading contractors; Downer, Fulton Hogan and Higgins.

Previously, both NZTA and the Ministry of Business, Innovation and Employment have said that the shift away from domestic manufacture to importing all the country's bitumen "has worked well to date to ensure sufficient bitumen supply is available in the country".

Yet, without the supply chain solution aimed at protecting "equitable access to bitumen, sustainable and healthy markets, and long-term value for money for end-customers", NZTA warned of the implications "as the ultimate end-customer and funder of the majority of bitumen".

It has researched alternatives to bitumen for road surfacing, but so far has come up with only concrete - an expensive, short-term alternative only - or in the long-term a material called lignin.