South African President Cyril Ramaphosa pledged on Wednesday to help the victims of devastating east coast floods, as the death toll rose to 306 from heavy rains that washed out roads and disrupted shipping in one of Africa's busiest ports. 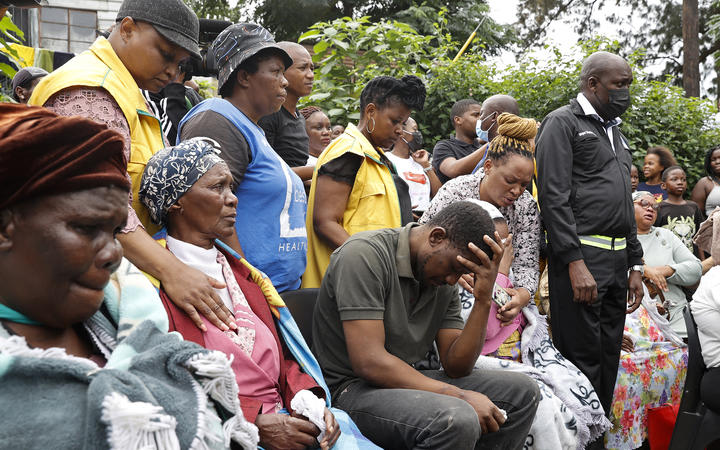 Various family members of the 4 children that passed away in the surrounding area following heavy rains and floods grieve at the United Methodist Church of South Africa in Clermont, near Durban, on April 13, 2022. Photo: AFP or licensors

Ramaphosa visited families who had lost loved ones in KwaZulu-Natal province, including a family with four children, after floods and mudslides ravaged their homes on Tuesday.

Africa's southeastern coast is on the front line of seaborne weather systems that scientists believe global warming is making nastier - and predict will get far worse in decades to come.

"You're not alone ... We'll do everything in our power to see how we can help," Ramaphosa said. "Even though your hearts are in pain, we're here for you."

A statement late Wednesday by the Department of Cooperative Governance for KwaZulu-Natal, said the death toll had reached 306, adding that municipal services like electricity, water and refuse removal had been resumed in some areas. 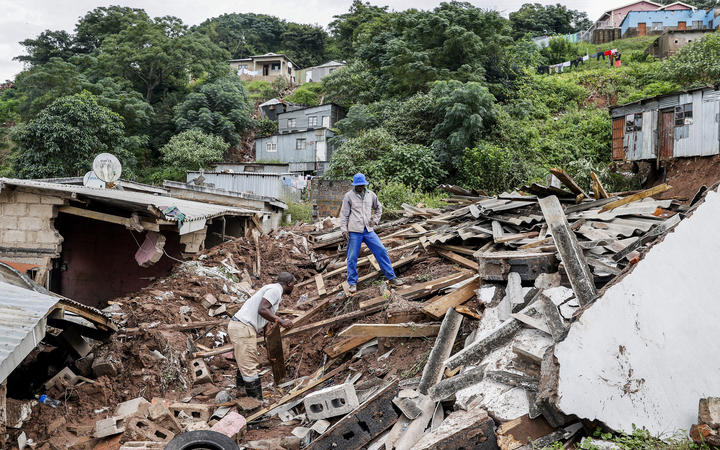 Residents salvage the remains of what use to be the United Methodist Church of South Africa in Clermont, near Durban, on April 13, 2022. Photo: AFP or licensors

South Africa's northern neighbour Mozambique has suffered a series of devastating floods over the past decade, including one last month that killed more than 50 people.

"You're battling one of the biggest incidents we've seen and we thought this only happens in other countries like Mozambique or Zimbabwe," Ramaphosa told the victims.

Meli Sokela, a victim who lost his child in the flood, told Reuters that when the area was inundated on Monday night he could hear sounds like a thunderstorm hitting his house roof, and immediately afterward the walls of his home crumbled.

"My neighbours, they tried to assist me, it took two hours. After two hours I survived but unfortunately my child did not survive," he said.

A report by the Intergovernmental Panel on Climate Change (IPCC) in February warned that humanity was far from ready even for the climate change that is already baked into the system by decades of fossil fuel-burning and deforestation. It urged the world to ramp up investments in adaptation.

"None of this is surprising but it's absolutely devastating. Can you imagine the cost to people's lives? The roads, the ports. ... It's massive," Melissa Fourie, a commissioner on Ramaphosa's Presidential Climate Commission and head of the Centre for Environmental Rights, told Reuters. 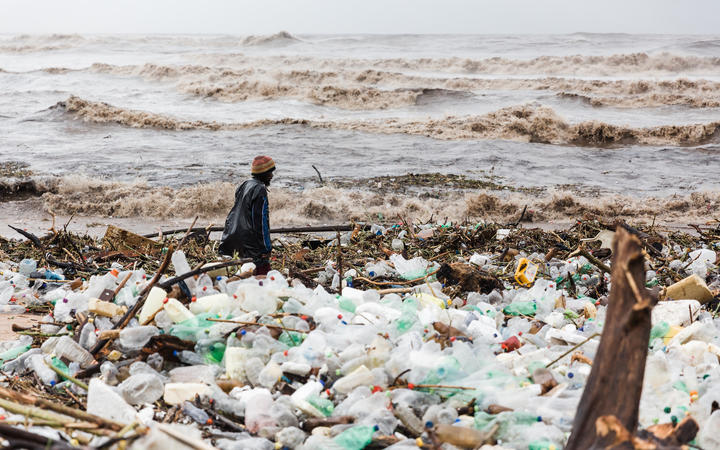 A man is seen searching through debris at the Blue Lagoon beach following heavy rains and winds in Durban, on April 12, 2022. Photo: AFP or licensors

"In South Africa, we're still talking about the transition from fossil fuels as if it were optional. We have to stop (burning them). And have to start preparing for the climate change that we already have."

South African pulp and paper maker Sappi (SAPJ.J) said on Wednesday the flooding had prevented staff travelling to work, and the transport of goods had been disrupted, impacting three mills. South Africa's biggest logistics and freight operator Transnet, which runs the port of Durban, gradually resumed operations there on Wednesday after suspending them on Tuesday, the public enterprises ministry said.