The Phoenix have suffered their second straight heavy defeat in the A-League going down 5-0 to the Central Coast Mariners in Gosford. 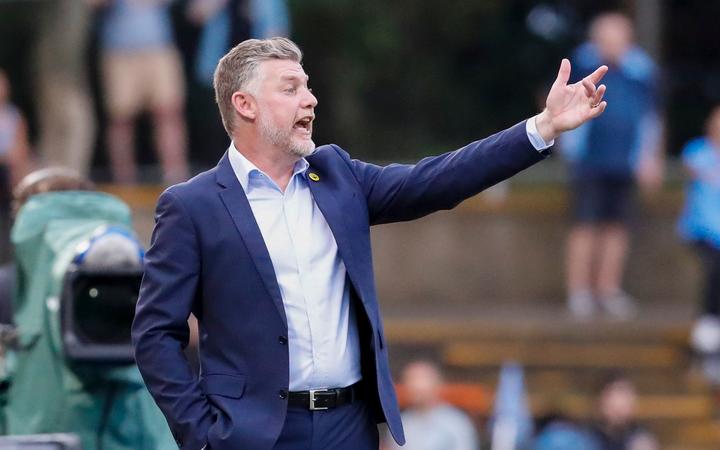 Without nine squad members due to injuries and COVID-19, the Phoenix were again on the receiving end of a hiding, three days after losing 6-0 to Melbourne City.

The Mariners led 2-0 at halftime and scored their second penalty of the match shortly after the break to take the game out of reach. They added a fourth goal midway through the second-half and completed the scoring with the last kick of the game.

Phoenix head coach Ufuk Talay said the back-to-back defeats have exposed the lack of depth in their squad.

"Obviously a poor result. You can see that we're desperately in need of certain players coming back into the team," Talay said.

"I think we made life a lot more difficult when we concede a penalty in the eighth minute of the game and we concede from a set piece as well.

"At the end of the day we weren't good enough and it shows the lack of depth that we're struggling with at the moment."

Despite the result, the Phoenix remain seventh on the A-League ladder, just a point outside the top six and a point above Central Coast.

"The good thing is we have got an extra day before we play our next game," Talay said.

"The boys will recover tomorrow and then we'll get two actual sessions on the park where we can actually do some tactical work as well.

"The hardest thing with the games being so close together is we spend most of the time trying to recover and recoup and then get them back on the park at least fresh enough to play a game."

Ufuk Talay made two changes to the XI which started the defeat to Melbourne City on Saturday. All Whites defender Tim Payne was named to partner Scott Wootton at the heart of defence, with Finn Surman dropping to the bench. Callan Elliot got the nod at right back, with Louis Fenton moving to the left fullback role to replace James McGarry.

Academy products Riley Bidois and Luis Toomey were named amongst the substitutes, a couple of days after joining the first team in Sydney. Forward Jaushua Sotirio, who missed the past three matches with a hamstring strain, was also on the bench.

The Wellington Phoenix continue their hectic schedule on Saturday afternoon when they face second-placed Western United in Ballarat.