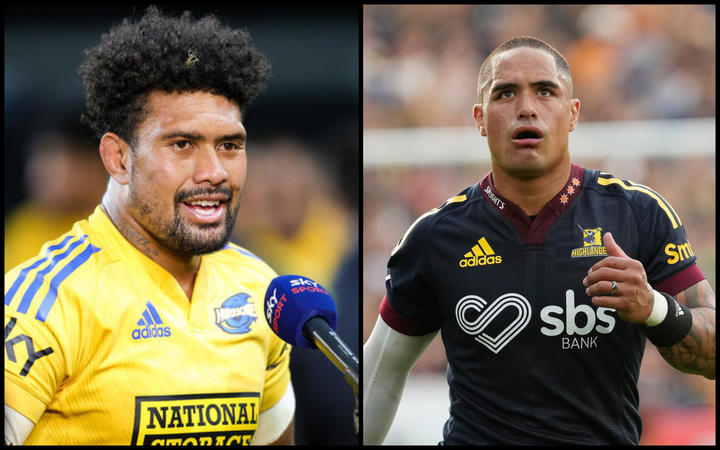 New Zealand is not a country in which people are able to speak freely. At least not in public anyway.

As a columnist, I know that there are topics I cannot write about or points of view I can't express if I want to continue to be employed.

I find that a shame, but I accept it.

But that's self-censorship. That's me weighing up the odds and making a decision for myself.

No-one has ever told me explicitly, even implied, that some things are off the table.

Not so at New Zealand Rugby (NZR) where, yes, athletes are paid to play, but still not treated as professionals or even adults.

I'll get to the sham review of the Black Ferns and how NZR stage-managed that process, but let's start with some of the recent comments coming out of our Super Rugby Pacific franchises.

All are All Blacks, all are grown men and all were treated as naughty schoolboys by their employer this week.

The sporting public is tired of full credit. They're sick to death of the game being of two halves and of everyone being proud of the boys.

They want more from their rugby heroes than "learnings'' and "processes'' and taking it one week at a time.

They want someone to say something - anything - that resembles intelligent thought and a grasp of reality.

But NZR don't want that. Oh no.

Even NZR's broadcast partner, Sky, doesn't welcome it particularly either, with post-match interviewers routinely steering players back to the approved PR path whenever they stray.

"What we want to see is feedback around referees and feedback from referees to teams being made through the appropriate channels,'' Lendrum said this week.

"The focus [should be] on the outstanding rugby that's being played, rather than anyone's particular view of incidents that might happen in the course of the game, that then led to comments being made in the heat of the moment.''

No, we wouldn't want that.

So what would we want? A media minder handing players a pre-prepared script to read from post-match?

It's not a case of gotcha, but the skill of an interviewer is in getting people to speak candidly. To reveal more than they perhaps intended to.

Some athletes, such as Savea after the Hurricanes' narrow loss to the Crusaders, don't need any prompting. He had something to get off his chest and said it.

This happens all the time in professional sport elsewhere. Athletes and coaches will say unflattering things about rivals, referees and administrators and, in extreme cases, will be fined for it.

More often than not, though, those comments will add to the interest and colour and viewership of those codes.

For more than 40 years, the most-successful sporting series in Australasia has been rugby's league's State of Origin. It's a rivalry that's based on pantomime hate, which is embraced by all concerned.

What NZR does is buy silence, as evidenced by the review into the Black Ferns.

Have you heard a current Black Fern utter a word on the topic? I mean, it does affect them after all, but apparently none have an opinion.

And how could they, when full-time contracts were up for grabs for the first time and the team's coaching staff weren't going anywhere?

It wasn't until some of us toilers in the sports media field expressed disquiet, that that situation changed.

I'd argue we never would have reached that point had the Black Ferns been given a voice. But, then, like all little children, they're to be seen and not heard.

I wasn't a big fan of New Zealand's players revolting against NZR's plans to go into private equity partnership with American company Silver Lake, but I see it slightly different now.

If you worked in an industry in which you were censored at all times, you'd probably take whatever opportunity you could to express dissatisfaction with the regime. Silver Lake was basically the players' only chance and they took it.

The Black Ferns have a new head coach, in Wayne Smith, after Moore belatedly walked the plank. Smith is a fine man and a fine coach who, as recently as a few days ago, NZR had no intention of promoting to that position.

It took public disapproval of Moore to do that, because the private thoughts of the Black Ferns themselves weren't sufficiently valued by their employer.

Have we ultimately reached the right conclusion? Probably.

But we'd have got there a lot sooner if NZR had the courage to treat their players as adults, with worthwhile opinions to make.