Ferrari's promising start to the Formula One season continued on Friday as the glamour team dominated free practice at the Australian Grand Prix at a revamped Albert Park circuit. 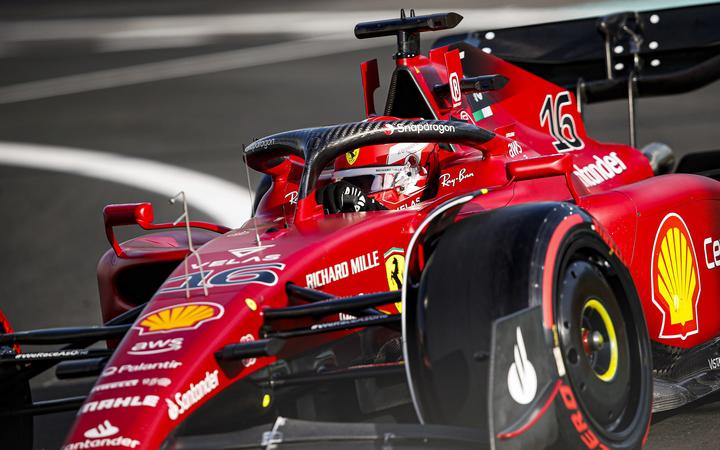 Ferrari's championship leader Charles Leclerc topped the timesheets with a lap of one minute, 18.978 in second free practice after being second to team mate Carlos Sainz in the first.

However, Red Bull showed they will be nipping at their heels this weekend with world champion Max Verstappen splitting the Ferraris in the second session, 0.245 seconds adrift of Leclerc.

The Dutchman was fourth quickest in the first session.

Twice world champion Fernando Alonso surprised by briefly topping the timesheets for Alpine before finishing fourth fastest in the second session, one ahead of Red Bull's Sergio Perez.

Mercedes were well off the pace, with George Russell 11th quickest in the second session, more than 1.2 seconds adrift of Leclerc. His seven-times championship-winning team mate Hamilton was 13th quickest.

Two years after the race was scrapped due to Covid-19, the drivers struggled to get to grips with changes at the lakeside circuit, with fewer corners and wider turns making it a different proposition to the old lay-out.

Red flags came out in both sessions as cars left debris on the resurfaced track, and a number skidded into the gravel.

Four-times world champion Sebastian Vettel, who missed the first two races after a positive COVID-19 test, had a forgettable return to the track.

After posting the 13th quickest lap in first free practice, his Aston Martin lost power and ground to a halt 15 minutes before the end of the session, with smoke billowing out of the rear.

The German grabbed a fire extinguisher from a track marshal and gave his car a spray to put out the fire.

He later delighted fans by riding back to the team garage on a scooter, prompting an investigation by stewards for entering the track without permission.

That was the last fans saw of Vettel on track as he did not return for the second session. The team confirmed his car's power unit would need to be changed.

It was the second red flag of the earlier session, with Perez forcing a halt by leaving some body-work debris on the track.