Pulse too strong for Magic

The Pulse have continued their dominance over the Magic with an emphatic 52-39 win in their ANZ Premiership netball game in Rotorua. 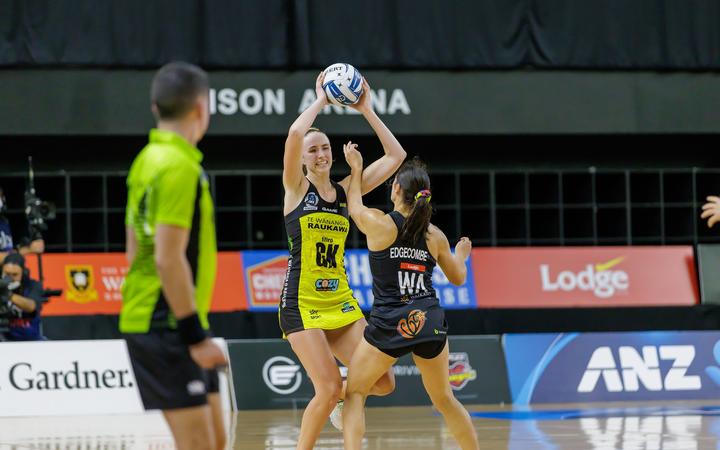 The Central side bounced back from their extra time loss seven days ago, continually building on their lead to cement their third place position on the table.

The Pulse won every quarter through another outstanding defensive effort from Kelly Jury and strong shooting from Aliyah Dunn (Jury ending up with 14 deflections and two rebounds, while Dunn shot 35 from 37, but it was still a low-scoring game.

While the Magic continued to struggle on this season without their full frontline team, the good news was shooter Ameliaranne Ekenasio playing her first full 60 minutes since returning from the birth of her second child.

The first act of the game was marked by turnover after turnover, and it was just over three minutes before Pulse goal shoot Dunn got the scoreboard ticking over off her side's opening centre pass.

The Magic had problems getting the ball through to Ekenasio and Ivana Rowland, who was elevated to the starting line-up with Bailey Mes unavailable for the match.

Jury was in her element again at goal keep for the Pulse, and with Dunn and Tiana Metuarau - fed deftly by Whitney Souness - quickly getting down to business at the opposite end, the Pulse established a 5-1 lead.

Sam Winders and Claire Kersten rallied the Magic toward the end of the first quarter, and an intercept from Oceane Maihi stopped the Pulse taking a sizeable advantage into the first break, instead ahead 12-9. 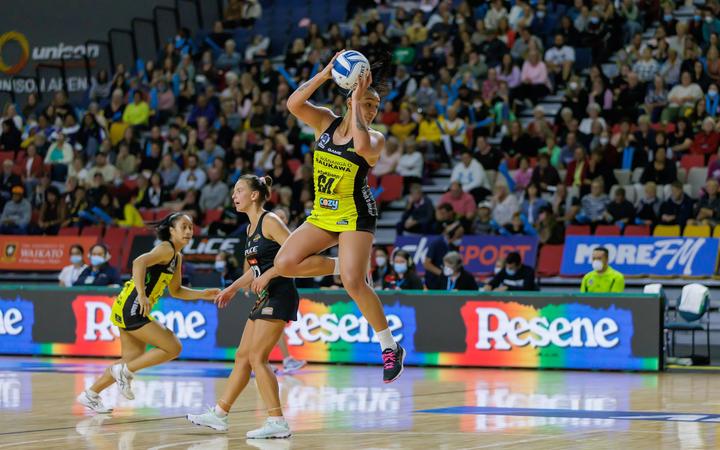 The Pulse went on a scoring spree after the break, though, adding five in a row before the Magic could add to their score.

The inclusion of wing defence Maddy Gordon - making her first appearance of the season, after a knee injury - lifted the Pulse defence up another notch.

The Magic responded by making a couple of changes in their attack - bringing on Covid ring-ins Brooke Leaver and Hayley Saunders - and had a run of three that kept them in the hunt.

But still, they found themselves down by eight near the end of the half, and went to the dressing room down 23-17.

Metuarau returned all guns blazing after the break, her court-smarts helping to push the difference out to eight goals almost immediately.

Ekenasio, moving to goal shoot, also stepped up her shooting to start the quarter, well supported by Leaver, but Jury, Kristiana Manu'a and then Parris Mason were making life tough for them.

Leading by 10, Pulse coach Yvette McCausland-Durie was able to take the chance to make multiple changes to her midcourt - able to switch between Erikana Pedersen, Ainsleyana Puleiata, Paris Lokotui and Gordon - and not lose a beat.

Up 39-38 heading into the final 15 minutes, the Pulse just kept grinding away to ensure there wasn't a mighty collapse like they'd suffered to the Steel the week before.

The Pulse have three wins from six games, while the Magic are bottom of the table with one win from five games.