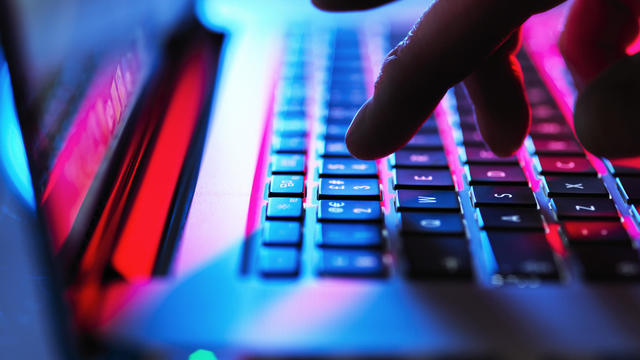 A 51-year-old Tampa woman has been sentenced to 6 ½ years in prison for attempting to hire a hitman on the dark web to kill her ex-boyfriend's wife. U.S. District Judge Steven Merryday also ordered DeAnna Marie Stinson to serve three years of supervised release and to pay more than $12,000 in restitution and a fine.
The judge noted it was difficult to determine the right sentence for the highly educated churchgoing businesswoman who prosecutors described as "calculating" and "brazen" in seeking someone to kill another woman, the Tampa Bay Times reported.
"It is true these two people exist," Judge Merryday said Wednesday. "They are actually the same person."
Stinson pleaded guilty in January to a single charge of murder-for-hire. Prosecutors sought a 9-year sentence, which was on the higher end of the federal sentencing guidelines.
The website, which was not named in court, existed on the "dark web" which is where some people go to buy illegal goods and services in online marketplaces. She admitted to making several transactions last summer on the website, which offered hitman services.
Assistant U.S. Attorney Lisa Thelwell displayed screenshots showing banner photos of a spent shell casing, a man in a hoodie brandishing a handgun and other images. A pricing page detailed various acts: "Death by shooting," was listed at a minimum of $5,000, "Death by sniper" was $20,000, and "Beating" was $2,000.
It turns out, the website was a scam. But Stinson, unaware of the scam, made several posts on the website's public message forum seeking to order a hitman for a "Florida Job," the newspaper reported.
Records showed she made five bitcoin transactions totaling $12,307.61. She included the intended victim's name, address and a photo. The FBI was alerted, interviewed the intended victim and learned of the husband's previous relationship with Stinson.
An undercover agent contacted Stinson in August, posing as a hitman. The agent told Stinson, in a recorded phone call that was played in court, that he had been watching the couple. He said he would make it look like a robbery and sought assurances that she wanted to go through with it. She did not back out.
He told her to "act surprised" when she found out.
"Don't do anything different," he said. "She'll be dead within two weeks."
Stinson was arrested in September.
"I cited the old adage, 'hell hath no fury like a woman scorned,'" Federal Defender Alec Hall told the judge. "I think that's what happened in this case."
Stinson's parents and friends attended the hearing. They told the judge she held a master's degree in accounting, ran her own financial services business and served as the chief financial officer for her church.
Stinson apologized in court.
"I wish there was another word for sorry," she told the court. "I am truly sorry that my brokenness could bring discord to their family."
source: https://www.cbsnews.com/news/deanna-marie-stinson-murder-scheme-dark-web-hitman-tampa-florida/