Both men have spent a good part of their lives in politics but, come May 21, one will be prime minister and the other will likely face the end of his political career. 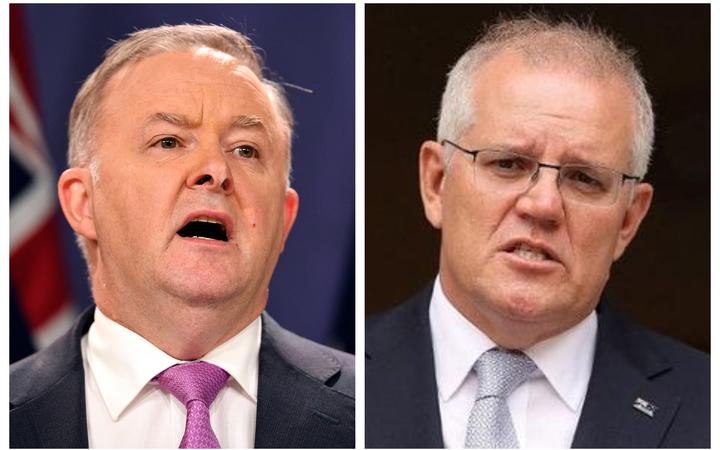 Scott Morrison heads to the election as the first Prime Minister since John Howard, more than 14 years ago, to serve a full term as the nation's leader.

The man trying to stop him from securing the Coalition a fourth term is Labor's Anthony Albanese, a 26-year veteran of the federal parliament.

Once dubbed an accidental prime minister after coming to power in a leadership spill that toppled Malcolm Turnbull, Morrison has served a full term with largely no speculation about his leadership.

He all-but-single-handedly led his party to win an election few thought possible in 2019, stamping his authority on the Coalition.

However, later that year, Morrison faced broad condemnation, even from his own side of politics, when it was revealed he was taking a secret holiday to Hawaii while Australia's east coast burned.

The onset of the Covid-19 pandemic gave Morrison a political reset, with the shutting down of the nation giving him a chance to reassert himself.

His standing in opinion polls surged and, in late 2020, he appeared on track to secure the Coalition a fourth term in power.

But issues with the vaccine rollout, a lack of rapid antigen tests when Omicron hit and scandals around grant programs saw Morrison and the Coalition take a hit in the public's standing.

With Russia invading Ukraine, and China ever-assertive, Morrison and the Coalition are keen for an election on national security and an economy recovering from Australia's first recession in three decades.

Morrison entered parliament as Labor rose to power in 2007. The married father of two represents a coastal seat in southern metropolitan Sydney.

A former Liberal state director and head of Tourism Australia, Morrison quickly rose through the political ranks and has been on the Liberal frontbench since 2008.

If the Coalition loses the election, few expect Morrison to continue to lead the Liberal Party, with Treasurer Josh Frydenberg and Defence Minister Peter Dutton the likely candidates to replace him.

Anthony Albanese arrived in the nation's parliament as John Howard rose to power after 13 years of Labor governments.

He has spent just six of his 26 years in office on the government benches, and while he's no stranger to federal politics, he's spent the past year trying to reintroduce himself to the public.

A former deputy prime minister during Kevin Rudd's second stint as PM, he has been on Labor's frontbench for more than two decades.

Albanese lost a leadership ballot to Bill Shorten in 2013 but, after two lost elections, he finally got his chance to lead Labor in 2019.

As leader, he has deliberately kept a low profile and insisted he would be "kicking with the wind" as the election loomed.

But the Cold War winds blowing from Eastern Europe risk limiting Albanese's opportunities to differentiate himself from Morrison and also land political blows on a nine-year-old government.

Some in Labor feared he was a creature of opposition and might not have what it takes to lead Labor from the political wilderness to government.

But he capitalised on issues with the Covid-19 vaccine rollout and the availability of RATs to drive up his personal approval ratings and the political stocks of Labor.

The son of a single parent, Albanese has talked often about how his upbringing in government housing shaped the politician he has become.

Divorced and with one son, Albanese has a new partner and represents an inner-western Sydney electorate on the south side of the Parramatta River.

Albanese rose to the leadership uncontested in 2019. If Labor loses, the ALP is expected to have a wide field of candidates seeking to replace him.