Biden administration protects Cameroonians in the U.S. from deportation 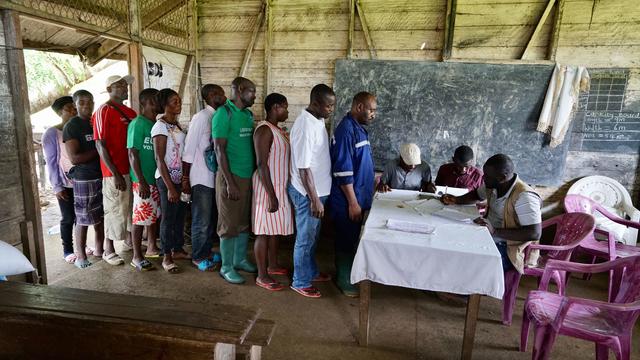 The Biden administration on Friday announced it will offer Temporary Protected Status (TPS) to immigrants from Cameroon in the U.S., protecting them from deportation and allowing them to work legally due to the ongoing armed conflict in the African country.
Once it is open for applications, the TPS program will allow Cameroonians who have lived in the U.S. as of April 14 to obtain work permits and deportation protections for 18 months if they meet the eligibility requirements and pass background checks.
A 1990 law authorizes the U.S. government to create TPS programs for immigrants who are undocumented or have temporary status if the U.S. determines their home country cannot safely accept the return of its citizens because of war, natural disasters or other "extraordinary" conditions.
The Department of Homeland Security (DHS) said the TPS designation for Cameroon was justified because of the years-old conflict between the Cameroonian government and armed separatist groups in the country's Anglophone regions in the west. The fighting has killed 4,000 civilians, according to Human Rights Watch.
DHS also cited an increase in attacks by Boko Haram, an Islamist terrorist group in Africa. The conditions, DHS said, have fostered "extreme violence," decimated Cameroon's infrastructure, fueled economic turmoil and food insecurity and displaced hundreds of thousands of Cameroonians.
"Cameroonian nationals currently residing in the U.S. who cannot safely return due to the extreme violence perpetrated by government forces and armed separatists, and a rise in attacks led by Boko Haram, will be able to remain and work in the United States until conditions in their home country improve," DHS Secretary Alejandro Mayorkas said.
Cameroonians who arrive in the U.S. after Friday's announcement, whether legally or illegally, will not be eligible for TPS. While it allows beneficiaries to work and live in the U.S. without fear of deportation, TPS does not make them eligible for permanent residency or citizenship.
The Biden administration has increasingly used the TPS authority to shield subsets of immigrant groups in the U.S. from deportation, extending or creating designations for nearly a dozen countries beset by war, ethnic violence, political instability and other crises.
The designations by the Biden administration have made approximately 600,000 immigrants in the U.S. eligible for TPS, including citizens of Venezuela, Myanmar, Haiti, Afghanistan and Ukraine, government estimates show.
The moves stand in sharp contrast with the policies of the Trump administration, which sought to end TPS programs for hundreds of thousands of immigrants from El Salvador, Haiti, Honduras, Nepal, Nicaragua and Sudan as part of its crackdown on humanitarian immigration protections. Those efforts were blocked by federal court rulings.
Trump administration officials and immigration restrictionists have argued the TPS authority has been abused, shielding immigrants from deportation for longer than necessary.
Friday's announcement is a victory for advocacy groups that had been calling on the Biden administration to grant TPS to Cameroonians since last year.
Progressive advocates and some Democrats had expressed frustration about the time it was taking to offer protections to citizens of a predominantly Black African country, compared to the TPS designation for Ukraine, which was announced a week after the Russian invasion.
Camilo Montoya-Galvez is the immigration reporter at CBS News. Based in Washington, he covers immigration policy and politics.
source: https://www.cbsnews.com/news/biden-cameroon-immigrants-temporary-protected-status-deportation-work-permits/