Fire crews have worked quickly to stop a second fire merging with the nearby Awarua Bay fire, near Invercargill this morning. 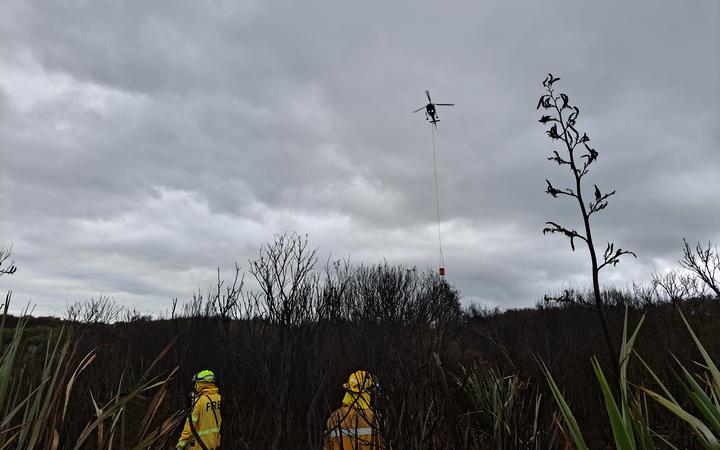 A helicopter supporting ground crews to extinguish hotspots at the Tiwai Road fire in Awarua this morning. Photo: Fire and Emergency NZ

The fire in the Awarua wetlands has been going for a week, burning through more than 1300 hectares.

This morning a car fire under a transmission line power pylon on Tiwai Road spread to dense mānuka scrub and was moving quickly when crews arrived just before 6am.

The fire at Awarua Bay was about 10km away.

Incident Controller David Coveney said the crews were able to get around the flanks of the fire and pinch it off, preventing it from escaping and joining up with the fire at Awarua Bay.

Crews confined it to an area of about one hectare and crews are now working to extinguish the remaining hotspots, he said.

"The crews made a great save this morning. This was a big fire - the glow was visible from Invercargill," Coveney said in a statement.

"We need to ensure that it is fully out because the fire danger in the area remains extreme."

Fire and Emergency says if this morning's fire had not been contained quickly, it would have ravaged 2000 hectares of public conservation land. 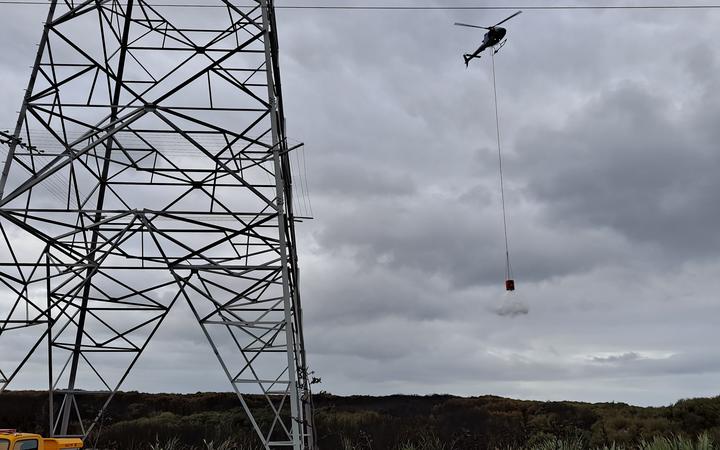