Russia has released a 'blacklist' of New Zealand figures, including Prime Minister Jacinda Ardern and other MPs, banning them from entering the country. 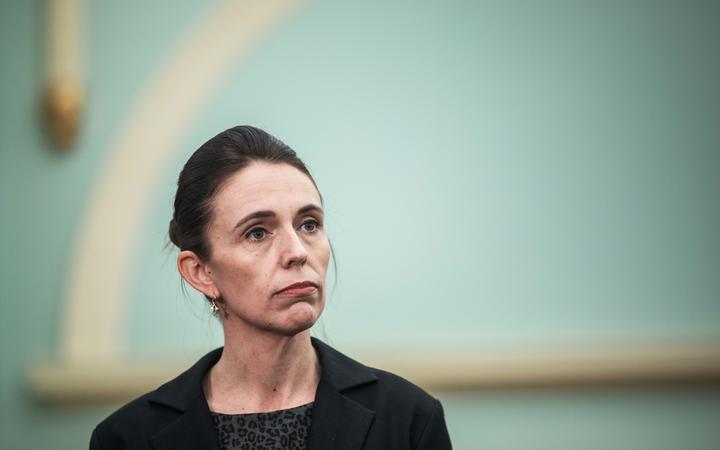 The blacklist of 130 people includes all 120 members of Parliament, Governor-General Cindy Kiro, the country's spy chiefs and some Defence Force figures.

It is in response to new government sanctions on Russia over its invasion of Ukraine.

A Foreign Affairs spokesperson said the New Zealand ministry had been informed of the bans by the Moscow embassy overnight, and they were in line with those placed on New Zealand's partners.

The spokesperson said it was not unexpected, and it had been only a matter of time before Russia responded to New Zealand's sanctions given the bans on more than 500 Russian and Belarusian members of the political, military and business elite.

New Zealand imposed a 35 percent tariff on all Russian imports yesterday, in response to what the government said was "abhorrent and reprehensible" atrocities committed against Ukrainian citizens.

It is New Zealand's first tariffs since the formation of the World Trade Organisation, and the government believes the rate means it is likely not economic to export from Russia to New Zealand at all.

Waikato University international law professor Al Gillespie said the blacklist was to be expected, could be expected to grow over time, and would likely last at least the duration of the conflict.

"This is not the end of the list, this is probably the beginning of the list, and as the displeasure of both countries grows, the list will be added to ... anyone who's perceived as being powerful within the country, possibly certain people who are symbolic as well."

Similar tariffs could also be expected in response to New Zealand's, he said, and the bigger thing to watch would be expulsion of lower-level officials from the embassies, as some EU countries had done.

"New Zealand hasn't done that yet, nor has Australia or America or Britain, but I expect that will be the next step."

Removal of the ambassador would not be in New Zealand's best interests, he said, or the line of communication with Moscow would be lost and those in the country put at risk.

"It's very important that the government, when it's dealing with its Russian considerations here, doesn't let it develop into any kind of hysteria because if it did it would respond in kind in Russia against Kiwis over there."

He said the nature of the conflict had changed to the point where it might be justified to also be now sending weapons to Rusisa.

"I think it's just completely changed the dynamic of the war. It's no longer just an illegal war, it's also got crimes against humanity and crimes of war in it.

"If the war goes to the east and it gets bigger - and the projections are that it will get more intense than we've seen so far - the Ukrainians will need more military assistance than they've had seen so far."

"They're starting to get a message that even down in the far south Pacific we don't appreciate what he's doing and we'd condemn the act of war that he's perpetrating on the Ukraine people."

The United Nations has separately today suspended Russia from the UN Human Rights Council over reports of "gross and systematic violations and abuses of human rights" by invading Russian troops in Ukraine.