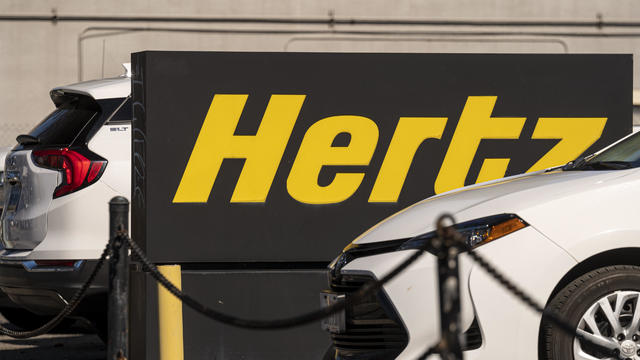 The new CEO of Hertz says he is looking to fix the problem that he acknowledged has caused some Hertz customers to be falsely arrested — and in some cases jailed — because the company reported the cars they had rented as stolen.
This comes in the wake of a CBS News investigation into the claims.
This comes just days after two U.S. senators called for the government to examine the practices of rental giant Hertz, CEO Stephen Scherr said "rectifying the situation is a priority."
He promised to "do right" by customers who have not been treated fairly and in an interview with Bloomberg TV, he admitted for the first time that some customers were wrongly accused of car theft.
What played out here is we had cars that were stolen or allegedly stolen. We put a police report in. When the car was found, the report was rescinded, and unfortunately in certain circumstances when that car went out again, it wasn't in fact rescinded, so the customer was accused," he said.
Hertz in the past has said that the claims of false arrest are "meritless" and should not be allowed to proceed. The company filed for bankruptcy in May 2020, citing the pandemic and massive debt.  Its reorganization plan was approved in June of last year.
Scherr said that the issue is not a "systemic" problem and that they have put new policies in place to address these problems. He said that he's "confident" the company will reach a settlement with customers who are suing Hertz in bankruptcy court.
The attorney representing those claimants told CBS News: "We shall see if Mr. Scherr's words were simply lip service to the street to shore up investor confidence, and deflect from congress damning their conduct, or if Hertz intends to make good on its promise."
There are still people who are actively being prosecuted over what they say were false police reports by Hertz.
source: https://www.cbsnews.com/news/hertz-ceo-stephen-scherr-false-theft-reports/