A Wellington city councillor will this year run as an independent, after being voted out as a candidate for the Green Party. 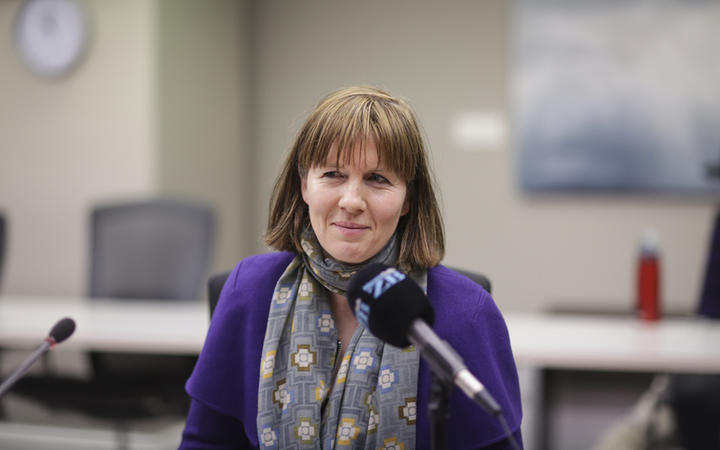 Iona Pannett has previously run for the Wellington City Council on support from the Greens. Photo: RNZ / Rebekah Parsons-King

Iona Pannett is the current councillor for the Pukehīnau Lambton Ward and has previously run on support from the Greens.

However, she said her commitment to protecting heritage and character areas in the capital had been a divisive issue for the party.

"The problem is, is that it's been heritage versus housing, when actually you can have both. We've done a lot and I've been proud to be part of that work to do things like convert existing office buildings into apartments, and trying to make sure that we keep our city housing and partner with government to build new housing.

"So it's not an either or, but some people sadly, have posited it that way and so we've ended up with a debate that has divided people when we should have been coming together to to fix our housing, ecological and climate crises," Pannett said.

"It's actually supported by Green Party policy, the position that I've advocated. Environmentalists just don't generally believe in throwing away what you've already got."

Pannett was voted out by a narrow margin at a selection meeting yesterday.

"There was a particular grouping within the Greens who had their point of view and they were allowed to, of course, it's a free country. But my long term commitment of the Greens has always been that we need more Greens in local government so it is a bit unfortunate that this has happened.

"One of the strengths of the Greens has always been that we've been able to sit down and talk about things. I've often had policy disagreements with my Green colleagues but as long as we can justify them on environmental grounds, it hasn't been a problem. But this one has been a problem."

She said she would continue to remain a Green Party member.

A Green Party spokesperson thanked her for her work.

"Iona has made a big contribution to Wellington and the Green Party, and we wish her well. The party will be reopening nominations for the Pukehinau-Lambton ward."