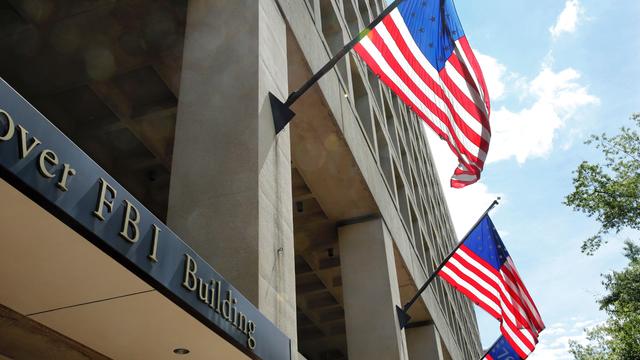 Two men have been arrested for allegedly impersonating federal agents over the course of several years. The FBI alleges that Arian Taherzadeh, 40, and Haider Ali, 36, have been pretending to be various officers and employees of the U.S. government, including members of federal law enforcement agencies, since February 2020.
The two allegedly obtained paraphernalia, handguns and assault rifles used by federal law enforcement agencies. The FBI claims they used their false associations with the U.S. government "to ingratiate themselves with members of federal law enforcement and the defense community."
Taherzadeh, pretending to be a member of the Department of Homeland Security, provided U.S. Secret Service members and a DHS employee with rent-free apartments, "iPhones, surveillance systems, a drone, a flat screen television, a case for storing an assault rifle, a generator, and law enforcement paraphernalia," FBI Special Agent David Elias wrote in an affidavit.
In one instance, Taherzadeh allegedly offered to buy a gun for a Secret Service agent assigned to the first lady's protective detail. Four Secret Service agents have been placed on administrative leave amid the ongoing investigation.
The two were discovered on March 14, when the U.S. Postal Inspector responded to a D.C. apartment building for a report of an assault involving a U.S. Postal Service letter carrier. Taherzadeh and Ali told authorities they were members of a DHS police force, and that they were involved in undercover gang-related probes, and also investigating last year's riot at the U.S. Capitol.
Other residents in the building said the two — who held several apartments in the building that they said were "being paid for by DHS" — had access to residents' surveillance cameras, cell phones and other personal information. Authorities later learned that many of the buildings' residents were in the FBI, Secret Service and DHS. Others were members of the Department of Defense and the U.S. Navy.
One person who lived in the building who was not employed by federal law enforcement, identified in the affidavit as "Witness 1," told Elias that Taherzadeh carried a concealed firearm, had a DHS Investigations (HSI) "casefile" marked "confidential," and presented the witness with a badge and other credentials to prove he was in law enforcement.
According to the affidavit, Taherzadeh told Witness 1 that as part of the "HSI recruiting process" he would shoot the witness with an air rifle to evaluate their "reaction and pain tolerance." The witness agreed and Taherzadeh shot them. Ali was present during the shooting.
In July 2021, Taherzadeh and Ali met "Witness 2," a Secret Service agent, according to the FBI. Taherzadeh told the agent about his job with the HSI, and sent the agent several photos of himself in his "police tactical gear" and of HSI training, the latter of which turned out to be a stock image found on the internet, the FBI said. Taherzadeh also loaned the agent's wife what he claimed was a "government vehicle," offered to buy the agent a weapon and gave the agent a gun holder. Ellias alleges the agent still has the holder.
The agent, who lived in the same building, confirmed Taherzadeh had access to security cameras in the building, and that he was carrying a firearm, the FBI said.
Another Secret Service agent, identified as "Witness 3," lived in a penthouse in the apartment building provided by Taherzadeh rent-free from February 2021 until January 2022. The agent said he received emails from what he thought was Taherzadeh's DHS email, but investigators found it was a fake account.
"Witness 4" is a document analysis expert with the DHS-HSI and lived in the same building as well. Witness 4 talked to her supervisors but could not confirm that Taherzadeh worked for the DHS, which Taherzadeh explained by telling her he was undercover, according to the FBI. Witness 4 told the FBI that she saw "a significant amount of law enforcement paraphernalia, including SWAT vests, a large safe, computers, a high-powered telescope and internal surveillance cameras in his apartment."
The fourth U.S. Secret Service agent in the affidavit, identified as "Witness 5," was assigned to protect the White House. The agent lived in an apartment, again provided by Taherzadeh, rent-free from February 2021 to January 2022 after Taherzadeh allegedly told Witness 5 the "HSI had approved extra rooms as part of his operations," which officials say was not true.
The agent said they'd previously seen police respond to the apartment building about a complaint regarding Taherzadeh wearing police equipment. No action was taken, according to Witness 5.
Taherzadeh showed the agent a computer with "DHS information" on it, an HSI badge, special police officer credentials, a ballistic vest with DHS/HSI on it and firearms. Witness 5 also saw Taherzadeh fire a glock at a gun range, and the agent personally fired one of Taherzadeh's AR-15 style rifles at the range. The agent also reported Taherzadeh had two black SUVs and a Chevy Impala with police lights. Taherzadeh gifted the agent with a drone, a gun locker and a Pelican case, according to the FBI.
Witness 5 alleged that Taherzadeh had access to all floors of the apartment and some restricted areas, and believes Taherzadeh used his fake credentials to gain access to such areas from the building's management.
Taherzadeh told Witness 5 that Ali "took care of all administrative issues with Taherzadeh's HSI task force."
Sophie Reardon is a News Editor at CBS News. Reach her at [email protected]
source: https://www.cbsnews.com/news/arian-taherzadeh-haider-ali-accused-of-impersonating-federal-agents/