More funding has been announced for parts of Banks Peninsula affected by severe flooding last December. 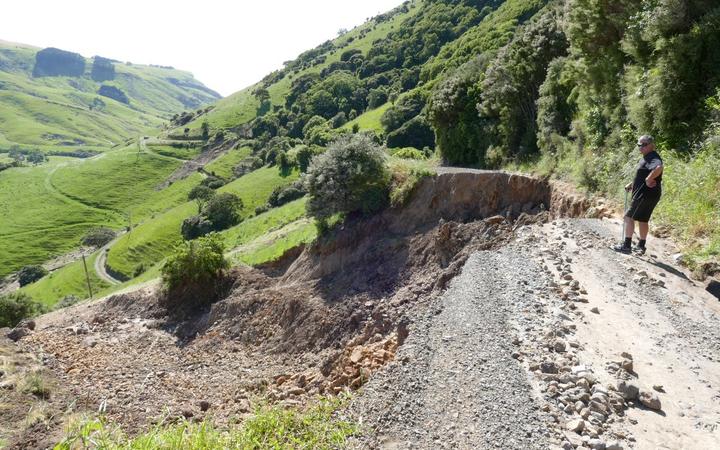 A dropout on Goughs Road due to storm damage in Goughs Bay on Banks Peninsula last year. Photo: Marie Haley

The Canterbury Regional Council has set aside another $100,000 over the next two years, to help restore biodiversity to the area.

Spokesperson Gillian Jenkins said the eastern bays have more native forest cover than anywhere else on the peninsula, and are home to many threatened animals and plants.

She said the funding will go towards work such as repairing livestock fences around conservation land.

Jenkins said $90,000 has already been made available this year.