Olympian's mother killed by stray bullet while sewing in her home 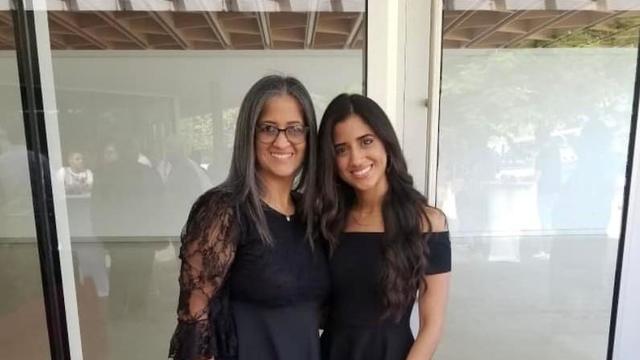 The mother of a Puerto Rican Olympian was killed by a stray bullet while sewing in her Connecticut home over the weekend, according to the athlete and police. Police believe Mabel Martinez, 56, was an innocent bystander and the intended target was apparently a man walking outside her home in the town of Waterbury.
He was wounded in the leg and survived. No arrests have been announced.
Mabel Martinez was the mother of Yarimar Mercado Martinez, a rifle shooter on the Puerto Rico Olympic team who competed in the summer Olympics last year and in 2016. Mabel Martinez died Sunday after being shot in the head Saturday afternoon, police said.
Mercado Martinez, 27, expressed her anguish in social media posts.
Mami, mamita de mi vida… Me faltaron muchas cosas por aprender de ti, no merecías ni un poquito lo que te paso, no es...
"Why you? Why this way? You were just sitting in your little house sewing, as you always did," she wrote on Facebook in Spanish.
"Two days ago you called me with excitement, asking me to save the date and help you prepare to renew your wedding vows with daddy in Puerto Rico," she said Sunday. "There are so many things I still needed to learn from you ... I was so far away without being able to do anything, I couldn't even say goodbye to you."
In a subsequent post on Monday, Mercado Martinez posted a broken heart emoji with the message: " You taught me the motto 'everything happens for a reason' and I applied it in every difficult situation in my life. But, this time? This time I don't know how to apply it, mommy, can you help me please? I really need to understand this."
She wrote that the family intends to bring her mother's body to Puerto Rico "so her friends and family can say goodbye."
"I apologize to Puerto Rico because even if I wanted to, I really can't compete, my place is with my family," she wrote.
A message seeking comment was left Monday for Mercado Martinez.
The athlete flew out of Brazil late Sunday and has arrived in Connecticut, according to Gilberto Hernández, president of the Puerto Rico Shooting Association, the sport's governing body in the U.S. territory.
Hernández said it's not clear when the body would arrive for burial in Puerto Rico, adding that the shooting association is helping pay a portion of the funeral costs.
"We trust that she will overcome this," he told The Associated Press. "She can count on us. ... The doors of the association are always open."
Waterbury Police Chief Fernando Spagnolo said investigators believe the shooting was drug-related and had nothing to do with Mabel Martinez.
"This was definitely a random, tragic act of violence," he told the AP. "She was in her house. She's not the intended target."
Spagnolo said relatives were extremely distraught, including Mabel Martinez's husband, whom he described as inconsolable.
He said the investigation has been "very, very active" since Saturday.
source: https://www.cbsnews.com/news/mabel-martinez-mother-olympian-yarimar-mercado-martinez-killed-stray-bullet-connecticut-home/