Gunmen kill family of 8, including 4 children, in Mexico 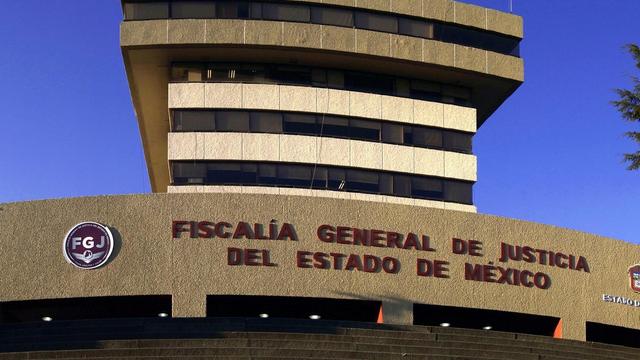 Gunmen burst into a home just north of Mexico City and killed eight members of a family, including four children, as the country continues to be plagued by a wave of brutal violence.
Prosecutors in the State of Mexico, which borders the capital, said the shootings occurred in the township of Tultepec. The shootings happened between late Sunday and early Monday. Seven people died at the scene, and one woman died later at a hospital.
There was no immediate information on a possible motive. Tultepec is known for its fireworks workshops, both legal and illegal, and it's notorious for deadly fireworks accidents.
The latest violence in Mexico comes as President Andrés Manuel López Obrador on Sunday easily won a divisive referendum he promoted on whether he should step down or complete his term — an election marked by low turnout.
López Obrador took office in 2018 championing a "hugs not bullets" strategy to tackle violent crime at its roots by fighting poverty and inequality with social programs, rather than with the army.
But Mexico continues to see brazen mass killings across the country.
Earlier this month, at least three people were killed in a shooting and a subsequent chase by police officers at a beachside restaurant in Mexico's Pacific coast resort of Acapulco.
That shooting came just days after the severed heads of six men were discovered on top of a Volkswagen in the town of Chilapa de Alvarez, in Guerrero state.
Last month,  20 people were shot dead at a venue used to host cockfights in the town of Las Tinajas, in Michoacán state. An American mother, Melissa Silva, was among the victims.
Also in March, gunmen killed nine people in an attack on a house in central Mexico — an "execution" of six men and three women that shook a middle-class area of the usually peaceful town of Atlixco.
And authorities in Michoacán said a suspected massacre of about a dozen men seen lined up against a wall by drug cartel gunmen in February may have been a shootout between rival factions of the same cartel.
Across the country, more than 340,000 people have been killed in a wave of bloodshed since the government deployed the army to fight drug cartels in 2006.
source: https://www.cbsnews.com/news/mexico-family-8-killed-4-children-tultepec/