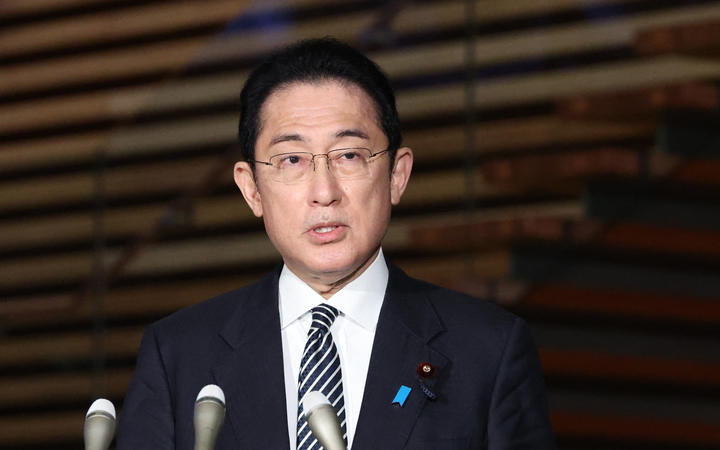 They will include one-off 50,000 yen cash (NZ$580) payouts per child for low-income families and expanding subsidies to fuel wholesalers, a preliminary document seen by Reuters showed.

The governing coalition, which faces upper house elections pencilled in for 10 July as the economy flags and voters struggle to cope with soaring energy costs, also aims to ensure stable supplies of oil and basic foods, according to the draft.

Part of it will be used for emergency measures and the rest set aside to offset the impact of surging costs of fuel and other products. More than 1 trillion yen [NZ$11.5bn] will be earmarked for maintaining the current fuel subsidy scheme from June to September, the draft showed.

The package is expected to be submitted to parliament for approval in May. The current legislative session is scheduled to end in June. Komeito's Ishii said his party endorsed the timetable.

Daiwa Securities senior economist Toru Suehiro said the LDP had probably been pressured by Komeito to draw up a supplementary budget rather than taking funds from the country's contingency reserve.

Suehiro said Thursday's news also reflected a preference for using fiscal tools to alleviate households' burdens rather than tweaking monetary policy or intervening in the currency market to prop up a yen that is trading at close to 20-year-lows against the dollar.

Japan entered a long period of close-to-zero inflation in the early 1990s that determined the way policymakers managed its economy for decades.

Driven by the war in Ukraine and already surging fuel costs, inflation pressures are now building. While core CPI remained low at just 0.6 percent year on year in February, energy costs rose 20.5 percent in that month while wholesale inflation reached 9.5 percent in March.