Boyfriend of University of Georgia professor acquitted in her death 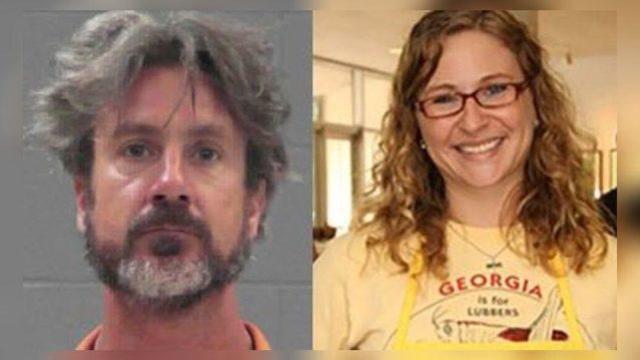 The boyfriend of a University of Georgia professor has been acquitted in her May 2019 death at a friend's house in central Georgia. After Marianne Shockley was found dead outside a hot tub and the homeowner apparently took his own life, the county sheriff called it "one of the strangest cases that we've ever worked."
A jury heard about four days of testimony and deliberated for about 35 minutes on April 8 before finding Marcus Lillard not guilty of felony murder, aggravated assault, involuntary manslaughter and reckless conduct in the death of Shockley, the Telegraph newspaper reported. However, the judge did revoke Lillard's probation on a drug charge.
Shockley, who was 43 when she died, and Lillard, 44, had met decades earlier while studying at Georgia College in Milledgeville and reconnected about a year before her death.
Shockley went to Milledgeville on May 11, 2019, to meet up with Lillard. They went to his father's home and to some restaurants downtown before going to the home of Clark Heindel, just east of town. They listened to music, drank and did drugs, including ecstasy, the Telegraph reported.
Sometime after 11 p.m. but before midnight, Lillard called and texted some female acquaintances, including two respiratory therapists, asking how to revive an unconscious person, the women testified. One suggested he call 911, but prosecutors said no one made that call until about 1 a.m.
Baldwin County sheriff's deputies arrived to find Shockley naked and unresponsive on the pool deck bleeding heavily from a head injury, according to an incident report. The UGA entomology professor had no pulse and emergency medical personnel declared her dead shortly after arriving.
Lillard told deputies he'd gone into the woods to look for firewood and returned to find Shockley unconscious in the hot tub. The deputies separated Lillard and Heindel — putting Lillard in a patrol car and Heindel on his porch.
When a deputy went to ask Heindel a question, he heard a "loud but muffled noise," according to a Baldwin County Sheriff's Office incident report. Heindel had gone into his house, wrote a note that said he did not know what happened to Shockley and then died by suicide, authorities said.
"It's one of the strangest cases that we've ever worked ... it was just sort of a bizarre type of case," Baldwin County Sheriff Bill Massee said at the time.
Prosecutors said during trial that Lillard and Shockley were in the hot tub alone having sex when Lillard strangled Shockley, the Telegraph reported. Past lovers of Lillard had testified that he had choked them during sex.
Defense attorney Matthew A. Tucker said Heindel had drugged Shockley and Lillard. He said there was "no evidence" that showed Lillard strangled Shockley and said Lillard's intoxication was part of the reason he did not call 911 quickly.
"No evidence was put up ever that (Shockley) put his hands on Marianne," Tucker told the jury, according to the Telegraph. "The state has not proven that Marcus put his hands around her (neck) and strangled her. ... They didn't prove their burden."
During her closing argument, Assistant Baldwin County District Attorney Nancy Scott Malcor read from a letter Shockley had written to herself that her family found in her bedroom after her death. The letter, written after she began dating Lillard, talked about her failed relationships with men.
"And still I go," Malcor read from the letter. "I know he isn't right for me."
Malcor called Shockley's words "tragically prophetic."
Malcor said Lillard initially told the Georgia Bureau of Investigation that Heindel could not have killed Shockley, but quickly said he might have after learning Heindel had killed himself. In a recorded jail phone call, he said after seeing a report of Shockley's cause of death that she must have choked on her own vomit.
"The liar in this courtroom is the defendant," Malcor said.
Shockley's family issued a statement several days after the verdict saying it left them "devastated," according to the Union-Recorder. But they thanked prosecutors and the women who testified.
"Our lives will never be the same, but Marianne Shockley's impact on everyone who knew her will live on forever," the statement said.
Immediately after the acquittal verdict was read, Judge Alison T. Burleson heard a probation violation charge against Lillard, the Union-Recorder reported. After listening to the evidence and arguments in the case, she said she had reached "quite a bit of a different conclusion than what the jury has come to."
She told him it was clear to her that on the night Shockley died, Lillard was only concerned with himself. She said the state had proven he violated his probation and revoked probation for the remainder of his sentence, which runs through Oct. 15, 2030. She said it will be up to the state parole board to determine how much time he serves in prison.
source: https://www.cbsnews.com/news/marianne-shockley-2019-death-marcus-lillard-acquitted/