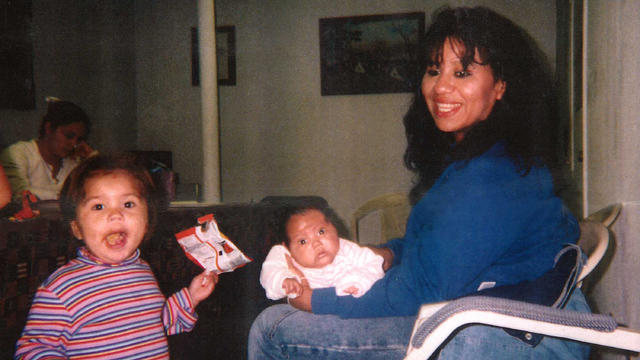 The Texas Court of Criminal Appeals has issued a stay for the execution of Melissa Lucio, a woman who was scheduled to be put to death in two days for the murder of her 2-year-old daughter Mariah in 2007. The court determined that multiple issues Lucio's legal team raised about her initial trial merited further consideration and sent the case back to a lower court.
"I am grateful the Court has given me the chance to live and prove my innocence," Lucio said in a statement after the decision. "Mariah is in my heart today and always. I am grateful to have more days to be a mother to my children and a grandmother to my grandchildren. I will use my time to help bring them to Christ. I am deeply grateful to everyone who prayed for me and spoke out on my behalf."
Detectives and an autopsy blamed Lucio, a mother of 14, for Mariah's death, alleging the girl died from child abuse. But new evidence suggested Mariah's bruises were consistent with a brain injury from an accidental fall down steep stairs two days earlier, as Lucio and some of her children told officers and child protective services.
Jurors at Lucio's trial heard what testimony experts now consider a coerced confession. Lucio was convicted and sentenced to death, and would have been the first Latina executed in Texas.
In Lucio's appeal to her court, her lawyers raised nine legal issues with what transpired at the original trial. The court ruled that four of those points merited further consideration: "but for the State's use of false testimony, no juror would have convicted her;" "previously unavailable scientific evidence would preclude her conviction;" "she is actually innocent;" and "the State suppressed favorable, material evidence in violation of Brady v. Maryland."
Per the Monday ruling, a trial court will now consider those points, and Lucio will not be executed until those issues are resolved.
"We know that Melissa's children—Mariah's brothers and sisters—and Mariah's grandparents, aunts and uncles are all relieved and grateful that Melissa's life will not be taken by the State of Texas," one of her attorneys said in a statement celebrating the decision. "And we believe the court honored Mariah's memory because Melissa is innocent. Melissa is entitled to a new, fair trial. The people of Texas are entitled to a new, fair trial. Texans should be grateful and proud that the Court of Criminal Appeals has given Melissa's legal team the opportunity to present the new evidence of Melissa's innocence to the Cameron County district court."
The decision came as the Texas Board of Pardons and Paroles was expected to make a recommendation on her case, which would be forwarded to Texas Governor Greg Abbott. Recommendations could have included commuting her sentence, granting a reprieve so that the courts could take more time to weigh the issues, or upholding the decision. The board said Monday that it would no longer be issuing a recommendation due to the ruling.
Before learning that the execution had been stayed, Lucio's family told CBS Mornings of the toll the death sentence had taken on them.
"It's very stressful," said her sister Sonya Alvarez. "Sometimes I just want to put myself in a hole and I don't want to know nothing. But, it's reality."
Victoria Albert is a Sr. News Editor at CBS News. Reach her at [email protected]
source: https://www.cbsnews.com/news/melissa-lucio-execution-delayed-texas-appeals-court/