Ex-cop will not face federal charges over Laquan McDonald's death 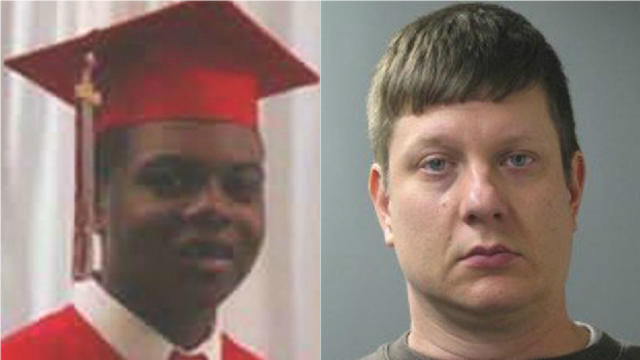 Federal authorities on Monday said they will not criminally charge Jason Van Dyke, the former Chicago police officer convicted of murder in the 2014 shooting death of Black teenager Laquan McDonald. The U.S. Attorney's Office in Chicago said in a news release that the decision was made after consulting with the McDonald family and that the "family was in agreement not to pursue a second prosecution." According to the release, prosecuting Van Dyke on federal charges would have been much more difficult than it was to prosecute him in state court because the burden of proof is far higher.
Federal prosecutors "would have to prove not only that Mr. Van Dyke acted with the deliberate and specific intent to do something the law forbids, but also that his actions were not the result of mistake, fear, negligence, or bad judgment," the office explained in the release. "It requires federal prosecutors to prove beyond a reasonable doubt what Mr. Van Dyke was thinking when he used deadly force, and that he knew such force was excessive." Van Dyke was convicted in Chicago in 2018 of second-degree murder and aggravated battery and sentenced to 81 months in state prison. The former officer served less than half that sentence before he was released from prison in February. His release prompted calls from civil rights leaders, community activists and others  who were angry about what they saw as a lenient sentence for the slaying of the teenager — whom he shot 16 times — for federal prosecutors to charge Van Dyke again.
source: https://www.cbsnews.com/news/laquan-mcdonald-jason-van-dyke-no-federal-charges-shooting/