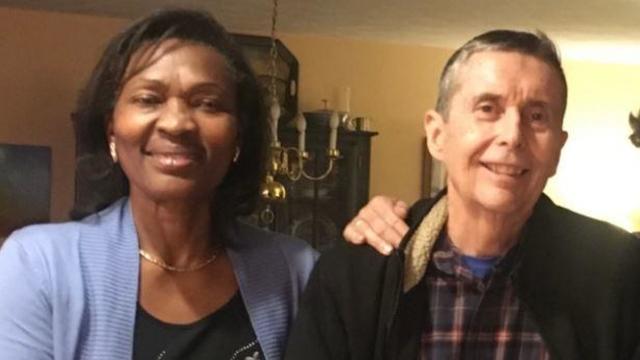 A husband and wife reported missing earlier this week were found shot to death in a wooded area in Concord, New Hampshire, CBS Boston reports.
Investigators said 67-year-old Stephen Reid and 66-year-old Djeswende Reid were shot multiple times. The deaths have been ruled homicides.
Their bodies were found Thursday evening off of Portsmouth Street in Concord in the area of the Broken Ground Trails.
Family and friends had not heard from the Reids after they left their home in the Alton Woods apartment complex Monday afternoon for a walk in the woods.
The Reids' bodies were found in close proximity to the Marsh Loop Trail.
"So, anyone who saw the Reids that Monday afternoon, anyone walking on those trails, anyone who has any information related to their disappearance or deaths are asked to contact the Concord Police Department about anything that they saw or heard that afternoon," said Geoffrey Ward, New Hampshire's senior assistant attorney general.
The community has been left shocked by the violence.
"It's a quiet, laid-back area," said neighbor Rob Biavaschi. "It just seems hard to believe that something like that could've happened."
Police have not said if this was a targeted attack or if they have suspect. Residents in the area are encouraged to be vigilant, but investigators said there is no reason to believe the public is at risk.
"This is a tragedy," said Concord Police Deputy Chief John Thomas. "It's something that came out of nowhere and we are doing our due diligence investing all of our resources, working with our state and local partners to bring this case to a successful resolution."
Police are looking for the public's assistance, asking residents and businesses in the area to check their surveillance systems. Anyone who saw the Reids on Monday April 18 is asked to contact Concord Police.
source: https://www.cbsnews.com/news/stephen-reid-djeswende-reid-missing-couple-found-shot-to-death-new-hampshire/