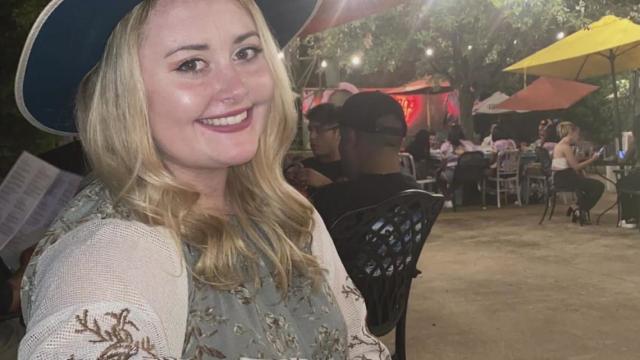 Alcohol and the powerful opioid fentanyl killed a student from South Carolina who was left at a hospital after watching parades 10 days before Mardi Gras, the Orleans Parish Coroner's Office reported Thursday.
"The family of Ciaya Whetstone is saddened by the information contained in the coroner's report ... and distraught that their daughter may have been the victim of a spiked substance," said a statement by attorneys for the family of the Bamberg, South Carolina, student.
Attorneys Justin Bamberg, L. Chris Stewart, Brandon DeCuir and Michael Adams said they need information about an Uber driver who reportedly drove the 21-year-old University of New Orleans student from Bamberg, South Carolina, to look for her car.
"They want to know what the Uber driver did as he witnessed a passenger dying, and why he never called 911 as he witnessed a medical emergency," the statement said. "Uber still has not released any information to the family, so we are forced to file our lawsuit."
Uber said Thursday that it cannot comment on pending litigation.
The company has given police requested information about the driver, vehicle and GPS trip data, according to emailed information from the company. The statement said police will decide whether to release that information to Wheatstone's family or the public.
The company forbids contact with passengers after their trips, and its safety team has removed the driver's access to the app, the statement said.
The coroner's office said Whetstone died about 7 a.m. on Feb. 19 at a hospital in eastern New Orleans.
That's on the other side of the city from suburban Metairie, where news outlets reported she had watched parades before going out with friends. Her roommate told The Times-Picayune/The New Orleans Advocate in February that after returning home via Uber to check on her dog, she went back out with the same driver, saying she wanted to look for her car.
"This coroner's report simply confirmed what we already suspected: she died of an overdose and her Uber driver failed to take appropriate action," the lawyers said.
The statement continued, "We are waiting for law enforcement and Uber to offer additional details that will provide this family with the real information they need."
City leaders have said that fentanyl was present in the vast majority of the overdose death cases in 2021 and that it continues to be trending that way this year, WWLTV reported.
"It takes a small amount of (fentanyl) to render someone incapacitated," Dr. Jennifer Avegno, Director of the New Orleans City Health Department, told the station. "Fentanyl is in everything. A preliminary analysis of our overdose deaths last year show that it is in at least 90 percent of those deaths."
source: https://www.cbsnews.com/news/ciaya-whetstone-cause-of-death-fentanyl-family-questions-uber-driver/