"Beautiful, talented, caring and cheeky" - words used to describe one of four teenagers who died in a horrific crash in Invercargill on Friday. 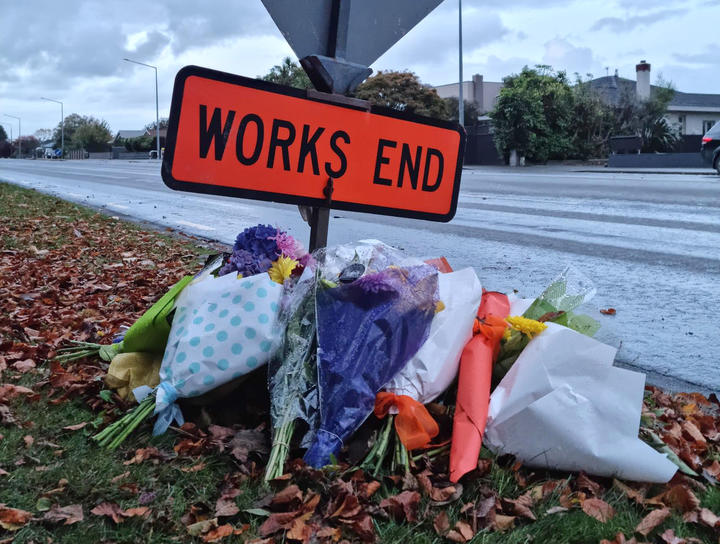 Police are still investigating what caused the smash that happened during what was a ghastly long weekend on the country's roads, with 11 people dying and a number of others seriously injured.

It had been raining about the time of the smash, which happened in a 50km zone on one of Invercargill's main thoroughfares.

Bluff community board chairperson Raymond Fife said it was devastating for the whānau.

He said the tragic deaths were acknowledged in speeches at yesterday's Anzac commemorations.

"Generations of those families had actually fought and died for the country as well, because they were long-standing Bluff people.

"The people who passed away lived not far from where we actually held our ceremony.

"We've lost some young lives that have not yet lived their lives."

So far more than $20,000 has been raised via Givealittle from hundreds of donations to help support the families and pay for tangihanga costs.

Shockwaves from the deaths have rippled out - with family and friends paying tribute to the young men on social media.

Tawhai was described as a "young, beautiful, talented, caring and cheeky man [who] has been stolen - and hearts are suffering".

Rouse a "much loved son, brother, friend and family member to all who loved him".

Kennedy was remembered as a talented softball player by his club Port Softball.

"We are devastated. Kyah you were one of a kind. A kind, respectful young man who had the meanest skill set.

"You have been a part of our club for so long and we are just over-struck with sadness that you're now flying high with the angels."

Bluff Senior Mens Rugby dedicated their win over the weekend to the boys and their families.

Fife has been fielding calls from people all over the country with messages of support for the whānau and community: "Expressing their sorrow and condolence, and just wanting to pass on to our community that they were thinking about us."

The police investigation into the crash continues.