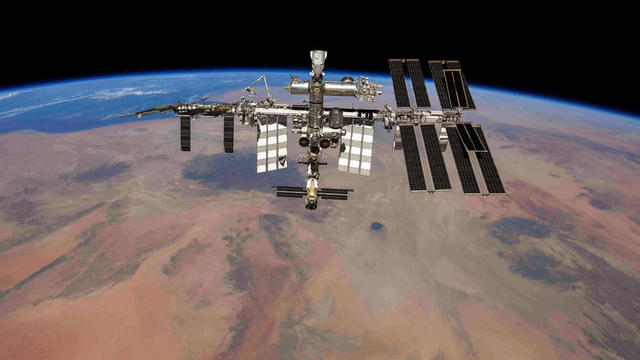 The first fully commercial, non-government crew to visit the International Space Station got another bonus day in space Saturday after mission managers opted to delay their return to Earth from Sunday to Monday evening because of expected high winds in the landing zone off the Florida coast.
Already delayed nearly a week by bad weather and to avoid conflict with a Russian spacewalk, Axiom-1 commander Michael López-Alegría and his three crewmates — Larry Connor, Canadian Mark Pathy and Israeli Eytan Stibbe — were gearing up to undock Saturday night for a Sunday landing when flight controllers told them to hold off.
"We are going to wave off tonight's attempt," mission control called. "We're going to try again tomorrow."
Kathy Lueders, NASA's space operations chief, then tweeted the crew was re-targeting undocking for 8:55 p.m. EDT on Sunday "due to high winds at the splashdown site," setting up a water landing off the coast of Florida around 1 p.m. Monday.
NASA and SpaceX, she said, still plan to launch the next long-duration astronaut crew to the space station Wednesday morning aboard another Crew Dragon capsule, "but still watching weather closely." If the Axiom crew's return is delayed yet another day, the launch is expected to slip in turn.
The Axiom-1 mission is the first NASA-approved, fully commercial flight to the International Space Station under an agency initiative to encourage private-sector development in low-Earth orbit.
López-Alegría and his crewmates launched April 8 and originally expected to return to Earth around April 17-18, but mission managers decided to hold up their departure until after a Russian spacewalk. Since then, the crew has been blocked by high winds and rough seas at landing sites in the Gulf of Mexico and the Atlantic Ocean.
With more of the same expected Sunday, they were told to delay undocking one more day in hopes of better weather Monday.
Bill Harwood has been covering the U.S. space program full-time since 1984, first as Cape Canaveral bureau chief for United Press International and now as a consultant for CBS News. He covered 129 space shuttle missions, every interplanetary flight since Voyager 2's flyby of Neptune and scores of commercial and military launches. Based at the Kennedy Space Center in Florida, Harwood is a devoted amateur astronomer and co-author of "Comm Check: The Final Flight of Shuttle Columbia."
source: https://www.cbsnews.com/news/axiom-commercial-crew-return-to-earth-from-iss-slips-to-monday/