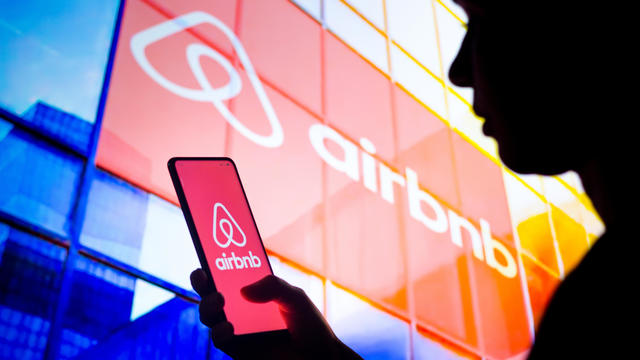 Airbnb on Monday said it has cancelled all reservations on the home-share platform in Russia and Belarus. Bookings for stays in the two countries beginning on or after April 4 will not be honored, the company confirmed to CBS MoneyWatch.
Airbnb on March 4 announced it had suspended all operations in Russia and Belarus after the attack on Ukraine. That also means guests in both nations cannot use the platform to make reservations elsewhere in the world. At the time, guests who had made reservations on, say, March 2 for a June stay in Russia were told their reservations would be honored.
The company is now reversing course.
"In the ensuing weeks, additional Russian and Belarusian banks and financial institutions have been sanctioned, while many prominent global companies have joined Airbnb in suspending their businesses as well. This has made it untenable to allow these previously booked reservations to occur while complying with international sanctions," a spokesperson said in a statement to CBS MoneyWatch. "As the circumstances in Russia and Belarus have continued to evolve, we made the decision to cancel any remaining existing reservations."
Russian and Belarusian nationals based outside of their home countries may still use the platform. Airbnb added that it will provide more guidance to guests and hosts as the situation evolves.
Russia- or Belarus-based hosts who list their homes on Airbnb may no longer show they have availability, nor can they accept any new reservations. Guests do not have the ability to make reservations at any properties in either country, according to Airbnb. A search for stays at properties in both countries yielded zero results.
Airbnb had previously warned users of the service that it would not be able to process transactions affiliated with certain Russian and Belarusian financial institutions.
Visa and Mastercard in March said they were blocking services to Russian banks, complying with U.S. sanctions levied on the nation amid its war against Ukraine.
As the war has intensified, people have flocked to Airbnb to book stays in Ukraine with no intention of traveling to the nation, but rather to express their support by putting money in the pockets of locals.
The home rental company also temporarily waived guest and host fees on bookings in Ukraine, meaning it will not profit from these reservations. On March 2 and 3 the total gross booking value to Ukraine was nearly $2 million.
More than 600 major corporations have pulled out of Russia since its invasion of Ukraine.
source: https://www.cbsnews.com/news/airbnb-cancels-reservations-in-russia-belarus/