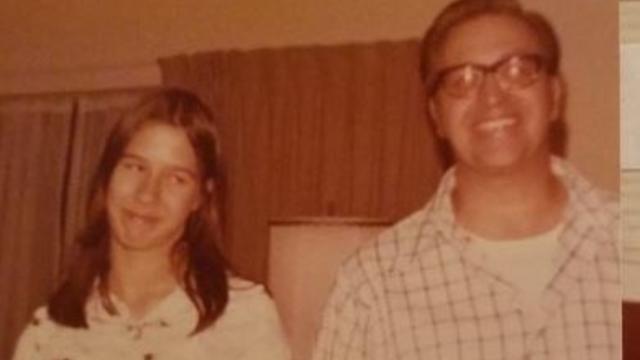 The Clark County Sheriff's Office is asking for the public's help in solving a 1970s cold case involving a teenager once known as the "Fly Creek Jane Doe." Detectives are hoping the public can provide them with more information about Sandra (Sandy) Renee Morden, who they said disappeared when she was 16 years old.
The case began when unidentified remains were found in 1980. The remains were identified as Morden in 2019 through DNA analysis of samples provided by her family members, the sheriff's office said in a statement.
Detectives have learned thus far that Morden was born in San Francisco on April 29, 1962 to parents Andrew Bain Morden and Kathryn Irene Morden.
🚨🚨🚨The Clark County Sheriff is seeking the assistance of the public and media regarding the disappearance of a teenage...
Following a 1971 divorce, Andrew was granted primary custody of his daughter, officials said. But due to Andrew's job responsibilities as a deckhand on tugboats that required him to be away for up to a week at a time, his daughter was often placed in the care of others. She lived with various families throughout the 1970s, the sheriff's office said.
Morden would have been 16 at the time of her disappearance, officials said. She has been described as being tall with long dark hair, appearing older than her true age and loving animals. Morden "actively sought out horse ranches" and owned a dog named Rusty around the time she went missing, officials said.
Both of Morden's parents have since died. The Clark County Sheriff's Office has requested anyone with information to come forward.
Tori B. Powell is a breaking news reporter at CBS News. Reach her at [email protected]
source: https://www.cbsnews.com/news/sandy-renee-morden-cold-case-washington-police-seek-help/