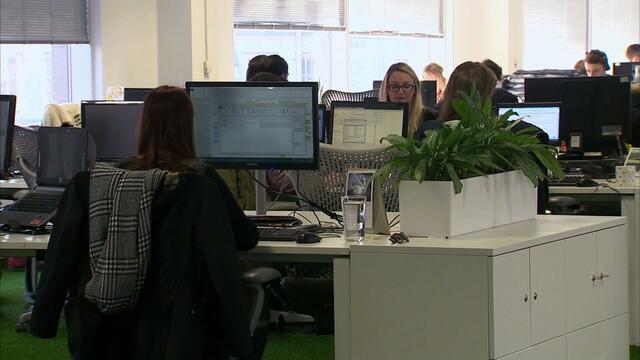 California lawmakers are considering a bill to make the standard workweek 32 hours instead of 40 hours. If it becomes law, it will apply to workers in companies with 500 or more employees.
California Representative Mark Takano is among the group. He has introduced other legislation that would make workers eligible for overtime after 32 hours instead of 40.
"It's time to reexamine what the workweek should look like in the 21st century," Takano said.
Many private businesses across the country are already trying a four-day workweek, hoping to reduce stress without reducing productivity.
The Denver-based company Uncharted tested out a four-day workweek in 2020. They found that 92% of employees favored it but CEO Banks Benitez wanted to know the business wouldn't suffer.
He brought in a third-party monitor to track productivity over the 90-day trial — he discovered that business changed for the better.
"It's changed everything. It reduced workplace stress, reduced burnout. We saw no reduction in productivity. So, our team was able to continue to produce at the same level of quality and quantity of output and every Friday was off," Benitez told CBS News' Kris Van Cleave.
In 1926, Henry Ford's assembly line ushered in the standard five-day workweek, and while that remains the norm for most businesses, today's workforce is demanding better work-life balance.
In Iceland, roughly 85% of the country works — or will soon work— four days. Last month, Belgium announced workers can opt to work four 10-hour days.
Across North America and the UK, dozens of companies including crowdfunding site Kickstarter are testing a four-day week. With its success, Uncharted has reimagined the new norm by prioritizing what's really important.
"So we're really thoughtful about what is the most essential work that we're doing? Is this meeting really critical for us to have? Can we cancel this meeting?" said Benitez. "Any given workweek, we will cancel 10% of the meetings, 15% of the meetings because we don't need them, they're not essential, or we just shorten them."
source: https://www.cbsnews.com/news/four-day-work-week-push-california/