Russian and Belarusian players who speak out against Russia's invasion of Ukraine "should be allowed" to compete at Wimbledon, Elina Svitolina says. 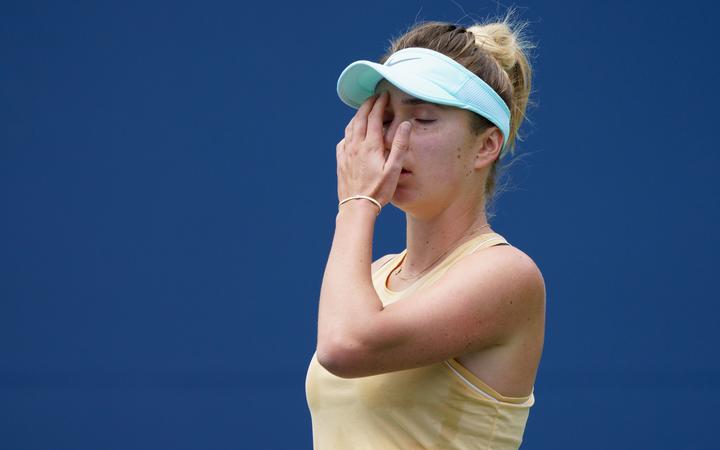 Yesterday the All England Lawn Tennis Club banned players from the two countries from competing at this year's tournament.

Governing bodies the ATP and WTA described the decision as "unfair".

The decision means that the likes of men's world number two Daniil Medvedev of Russia and women's fourth-ranked Aryna Sabalenka of Belarus are ruled out of the 27 June - 10 July tournament.

World number 25 Svitolina joined fellow Ukrainian players in seeking a ban on Russian and Belarusian athletes from international competitions but appeared to soften her stance in an interview with the BBC.

"If players don't speak out against the Russian government then it is the right thing to ban them.

"We just want them to speak up, if they are with us and the rest of the world or the Russian government. This is for me the main point.

"If they didn't choose, they didn't vote for this government, then it's fair they should be allowed to play and compete."

Svitolina said she did not agree with the governing bodies' reaction to Wimbledon's decision, saying the organisations had not reacted "as quick as we wanted".

She released a lengthy statement calling on them to take a harsher stance against Russian and Belarusian athletes.

"We can see there's been sanctions for Russian people. Why should tennis players be different. I don't think they're right," she said.

With friends and family still in Ukraine, Svitolina said her emotions are "up and down" and tennis is no longer her "main focus".

"That's why I feel a bit sad about this situation. Personally some people should do a little bit more than they've done. It's mysterious.

"The way Russian and Belarusian players have been is very, very sad. We are colleagues who see each other every week so it's shocking to see this change and so quick."

The governing bodies of men's and women's tennis criticised Wimbledon for its decision, while WTA founder Billie Jean King said that the Grand Slam's decision was a "complex undertaking" amid the challenges and pressures they were facing.

"One of the guiding principles of the founding of the WTA was that any girl in the world, if she was good enough, would have a place to compete," King said.

"I stood by that in 1973 and I stand by that today. I cannot support the banning of individual athletes from any tournament, simply because of their nationality."