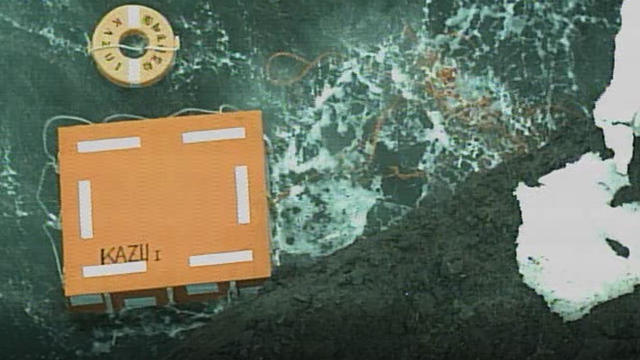 Rescuers searching since a tour boat carrying 26 people sank off far northeastern Japan have found the body of an 11th victim - a child - as questions intensified about why the vessel sailed in rough weather at a known hazardous location. Efforts to find survivors continued.
The child was found late Sunday and later confirmed dead, the Coast Guard said Monday. The bodies of seven men and three women were recovered earlier Sunday.
The Kazu 1 with two crew was taking 24 passengers, including two children, on a scenic tour at Shiretoko National Park on the northern side of Hokkaido,
Japan's northernmost main island, when it sent a distress call Saturday afternoon saying it was sinking from its bow.
The location was near Kashuni Waterfall, which is known as a difficult place to maneuver boats because of its rocky coastline and strong tide.
The Transport Ministry is investigating the boat's operator, Shiretoko Pleasure Cruise, which had two accidents last year, including one that also involved the captain of the sunken boat. The ministry said it was looking into safety standards and the decision to conduct the tour despite rough weather on Saturday.
The Coast Guard said it is prioritizing the search and rescue of those still missing, while gathering evidence toward making a criminal case on suspicion of professional negligence.
Shiretoko Pleasure Cruise had been instructed to improve its safety following the earlier accidents. In June, a boat ran aground without causing injuries, and in May, a boat collided with an object, causing three passengers to suffer minor injuries. The June accident involved the same captain of the sunken boat. The June case has been pending at local prosecutors for further criminal investigation, the Coast Guard said.
"We will thoroughly investigate what caused this situation and what kind of safety oversight was involved to allow the tour in order to prevent another accident," Transport Minister Tetsuo Saito, who visited the area Sunday, told reporters.
Shiretoko Pleasure Cruise says its three-hour tour offers views of the western coast of the Shiretoko Peninsula and a chance to see whales, dolphins and brown bears. The national park is a UNESCO World Heritage site known as the southernmost region to see drifting sea ice.
So far, company officials have not appeared publicly to explain the accident. The tour company declined to comment over the weekend, and phone calls Monday by The Associated Press to its office went unanswered. Shari town, where the boat operator is based, says company officials are meeting with the passengers' families at a facility in town.
Reports said the child found Sunday was a 3-year-old girl whose parents were still missing.
Average April sea temperatures in the area are just above freezing. Experts say the low temperature and strong wind make the chances of survival low.
The bodies recovered Sunday were found in the same area near the tip of the peninsula, about 14 kilometers north from where the boat sent a distress call. Some were plucked from the sea, and others were found where they had washed onto the rocky coast.
Orange, square lifesaving floats with the boat's name on them were also found on the rocks, the coast guard said. The coast guard said the operator told them that everyone on the boat was wearing a life vest but some of the victims found were without them.
Experts and local fishermen and boat operators also say they believe the boat was likely to have run aground after it was tossed around in high waves and damaged.
High waves and strong winds were forecast when the boat left port, and Japanese media said fishing boats had returned to port before noon Saturday because of the bad weather.
Local fisheries cooperative head Kazuhiko Fukayama told NHK television that it was unthinkable for the tour to have gone ahead in weather that was so rough passengers would have found it difficult just to stand still.
A tour boat crew belonging to another operator told NHK that he warned the Kazu 1 crew of rough seas and told them not to go. He also said the same boat ran aground last year and suffered a crack on its bow.
Accounts of local fishermen and tour boat operators suggest Kazu 1 was the only boat in the area, where no other boat was around to help the sinking boat until the first Coast Guard rescuers arrived at the scene from elsewhere on Hokkaido three hours later.
Saturday's tour was reportedly the first by the operator this season, and the accident just before Japan's Golden Week holidays starting late April could dampen local tourism, which slumped during the pandemic. Japan is still largely closed to foreign visitors.
Deputy Chief Cabinet Secretary Seiji Kihara told reporters Monday that the government has instructed sightseeing tour operators nationwide to conduct emergency inspections of their boats to ensure their safe operation.
A man whose parents and brother were on the boat told the Mainichi Shimbun newspaper that he had given them the tour as a present.
"They may still be in the cold sea, but I'm praying for their safety," he told the newspaper.
"I want to find out what happened to them as soon as possible, but I don't know what to do," he added.
And the father of a passenger said his 22-year-old son had taken the trip with his girlfriend and had planned to propose.
"I learned that my son brought a ring and decided to propose to her on the trip as a surprise," Tsuyoshi Suzuki told local station Hokkaido Broadcasting.
"I talked to her parents last night, crying. We discussed how we really hope they come out of this together, not separately," he said.
"I know there is no hope, but I just want them to be found together."
AFP contributed to this report
source: https://www.cbsnews.com/news/japan-tour-boat-kazu-1-sinks-bodies-found/