Tauranga by-election to be held on Saturday 18 June

The Tauranga by-election to replace departing National MP Simon Bridges will be held on Saturday 18 June. 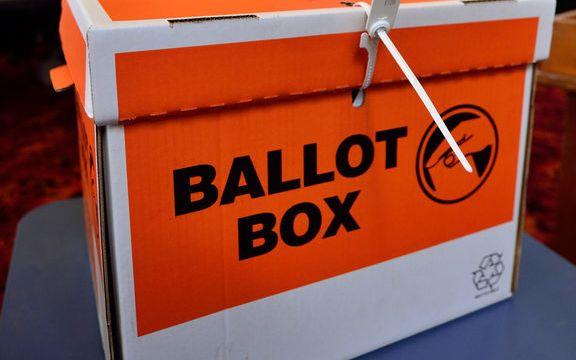 He has indicated his resignation will take effect at 5pm on 6 May, Ardern said in a statement.

National has held the electorate since it was vacated by Winston Peters, and before then going back to 1938.

National's leader Christopher Luxon was confident of retaining the seat, though the party has not yet announced a candidate.

"National's going to win the Tauranga by-election but we've got a process to go through as we select a candidate and we've got a very strong operator organisation on the ground there and I think we'll do well," Luxon said.

Tinetti is standing for Labour again this time around.

"Tauranga's my home, I love Tauranga, that's really important to me to conenct locally. I haven't had so many opportunities because I've been busy with my ministerial work, I'm really looking forward to getting on the ground, really loooking forward to campaigning. It's what I love, and I'm just really excited about being there and being able to campaign locally."

She was not quite so confident.

"I think it's more about saying 'this is what Labour can do for Tauranga'," she said

"I'm going there to talk about what Labour's done as far as Covid response, how we're a good option for Tauranga and the work that we do for Tauranga coming out of the Covid era. "

She had no idea who National would put forward but said it was really important to her to connect with the Tauranga people.

Candidate nominations must be received by midday Tuesday 17 May and the last day for the return of the Writ will be Sunday 10 July. The writ is an official instruction from the Governor-General for a by-election to be held.