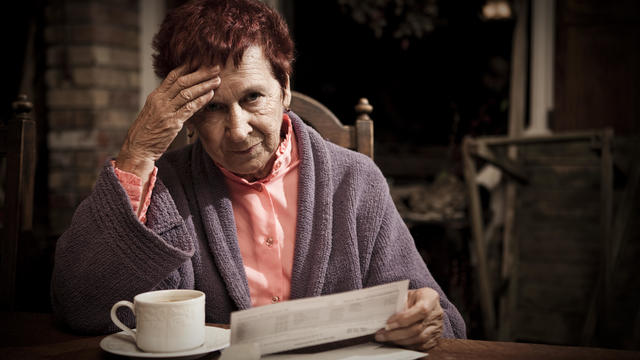 It may come as little surprise that many Americans are besieged by medical bills, especially as the COVID-19 pandemic grinds on. Perhaps more eye-opening is that this is often for debt they have already paid or do not actually owe.
In a new report, the Consumer Financial Protection Bureau said that people's most common debt collection complaints last year had to do with efforts to collect on a bill that they said did not belong to them.
"In medical debt collection complaints, this issue makes up nearly half of complaints and, importantly, complaint volume about this topic has been increasing," the federal agency said, noting that such bills often end up on people's credit reports and force them onto a bureaucratic hamster wheel to clear their financial record.
Between 2018 and 2021, public complaints about collection attempts for medical bills consumers said they did not owe jumped 31%, the CFPB found. Roughly 1 in 5 U.S. households carries debt related to health care, according to federal data. Medical bills are the most commonly reported item on consumer credit reports, according to regulators.
"People also report learning of an outstanding medical bill only after experiencing a drop in their credit score and being told that only paying the bill would remove the negative collections information from their credit report," the CFPB added. "When they did receive prior notice of medical bills in collections, people reported that debt collectors included detailed medical information that resulted in privacy breaches of sensitive medical information."
Last year, the CFPB said it sent more than 750,000 complaints to roughly 3,400 companies for them to review. Among the agency's other findings:
"Many Americans feel forced to pay medical bills that they have already paid or never owed to begin with," CFPB Director Rohit Chopra said in a statement. "The credit reporting system should not be used as a weapon to coerce patients into paying medical bills they do not owe."
In March, leading credit rating firms Equifax, Experian and TransUnion said they planned to drop most medical debt from consumers' credit reports starting this summer.
Congress last year sought to address the problem of runway medical bills by passing the "No Surprises Act," which protects people with health insurance from getting billed for receiving emergency medical care outside of an insurer's network.
Under the law patients are still responsible for any deductibles and copays they normally would have to pay under their plan, but they may only be billed at their plan's in-network rate.
Alain Sherter covers business and economic affairs for CBSNews.com.
source: https://www.cbsnews.com/news/medical-bills-debt-collector-complaints-consumer-financial-protection-bureau/