Residents in Queenstown, Glenorchy and Frankton were without power after a lightning strike this morning. 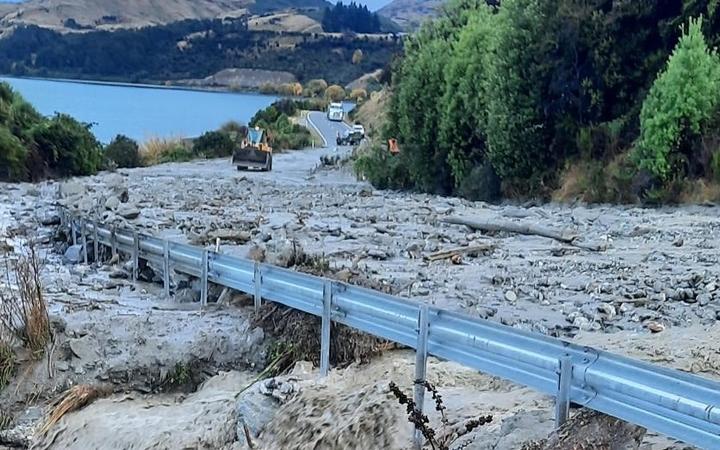 The power has since been restored to some areas.

An Aurora Energy spokesperson said the lightning strike hit the Frankton grid exit point and a response crew was on site.

Updates are being made on the Aurora Energy Facebook page.

Queenstown's Lakes District Hospital is running on a backup generator and a DHB spokesperson says the hospital is operational and providing services.

The Southern DHB emergency management team is in touch with the hospital and is monitoring the ongoing situation.

Queenstown Lakes District Council says a slip has closed Glenorchy-Queenstown Rd at Boundary Creek (opposite Pigeon Island) for the day and an update will be provided at 3pm.

MetService said there were 286 lightning strikes over the South Island in a three hour period.

"The thunder that followed it was just amazing it just shook our house ... to the foundations," Queenstown Lakes district mayor Jim Boult told Morning Report.

People in Queenstown have reported hearing what sounded like an explosion before the power went out.

MetService said only modest amounts of rain had fallen but there were nine lightning strikes in just over an hour this morning.

Power is out to the Skyline Gondola, the Remarkables ski field, Queenstown Motor Park and the industrial area.

An airport spokesperson said the airport had back up generators and was still operational.

However passengers were advised to check with their airlines directly.

Waka Kotahi said traffic lights were out around Queenstown and Frankton and the giveway rules apply.