Easter 2022 in photos from around the world

Take a look at Easter weekend through the lens of photographers around the world. 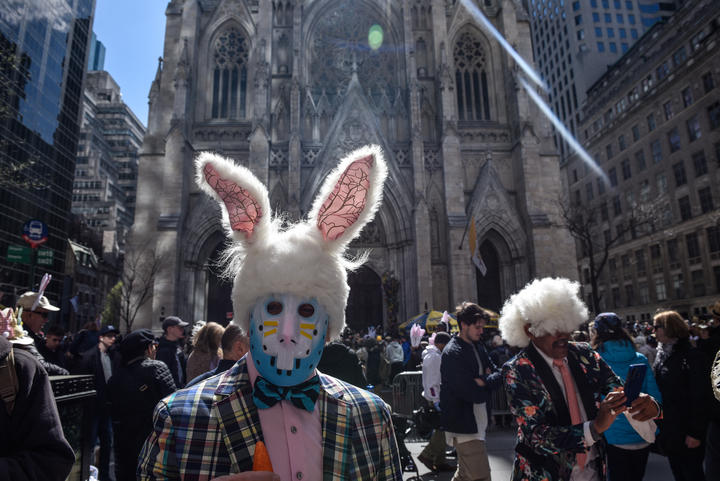 New York City's Easter Bonnet Parade started in 1870 and has a reputation for bringing out weird and wonderful costume creations.

It has been on hiatus since the beginning of the pandemic, but was celebrated with a large crowd this year. 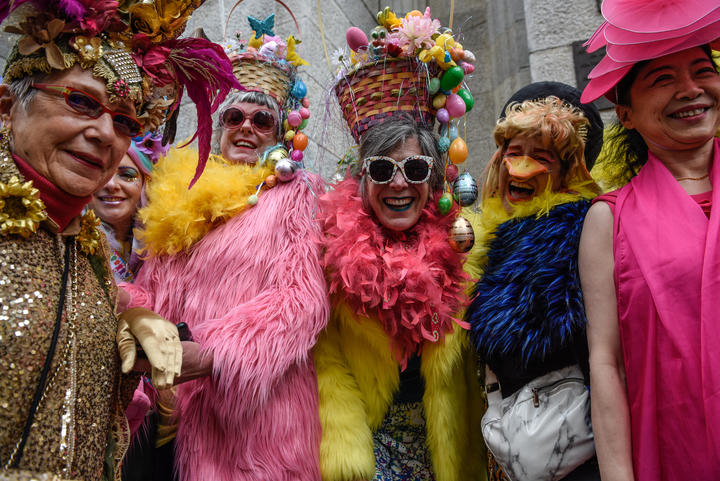 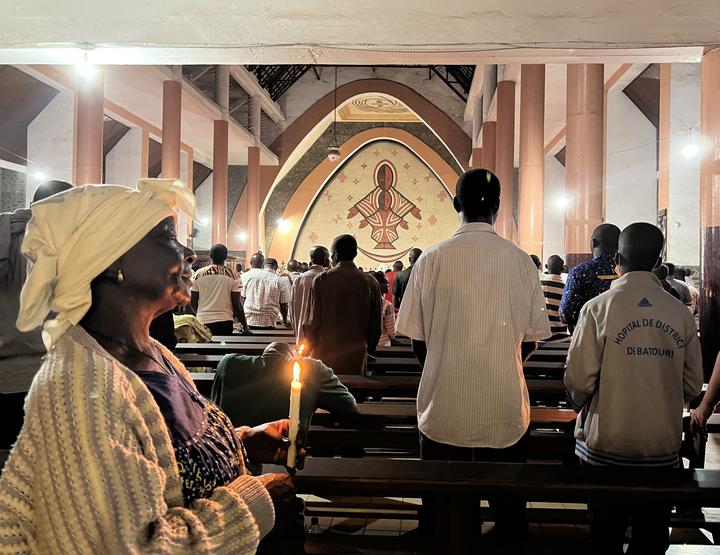 The most senior cleric in the Anglican church, Justin Welby, used his Easter Sunday sermon to condemn plans by the British government to send many asylum seekers to Rwanda.

The Archbishop of Canterbury said the policy amounts to the sub-contracting of responsibilities.

Under the measures announced on Thursday, asylum seekers who reach the UK illegally would be sent to Rwanda for the authorities there to process their applications.

It's not only Easter, it's also currently Ramadan, which is a sacred month for the Muslim faith. This year's Ramadan lasts from 12 April to 1 May.

During Ramadan Muslims don't eat or drink during daylight hours to remember the month the Qur'an was revealed to the founder of the faith, the Prophet Muhammad. 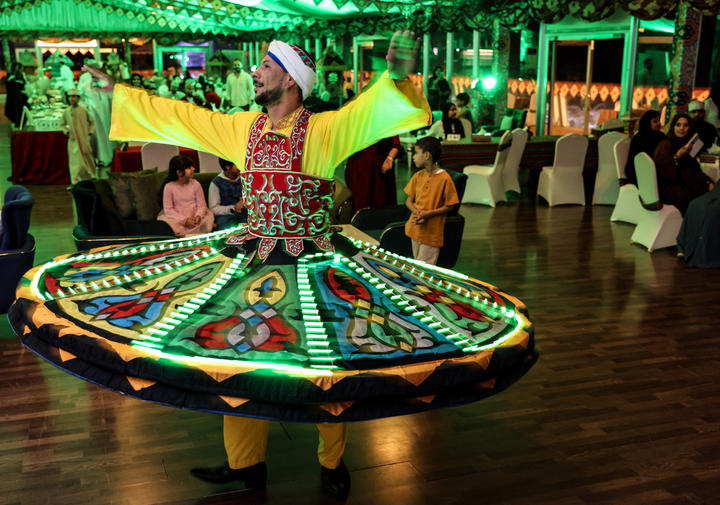 An Egyptian dancer performs the traditional Tannoora (skirt) dance at a restaurant in the Omani capital Muscat, during the Muslim holy month of Ramadan. Photo: AFP

Chinese astronauts have landed on Earth after China's longest crewed space mission. Nine hours after disembarking from the space module the three astronauts landed on Saturday.

They were in space for 183 days, Chinese state television reported, completing the country's longest crewed space mission to date. 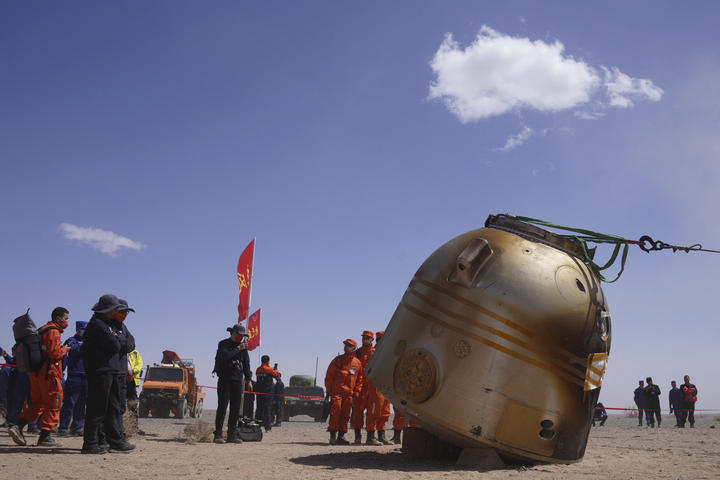 Officials stand near the capsule of the Shenzhou-13 spacecraft after it returned to earth carrying three Chinese astronauts in China's Inner Mongolia. Photo: AFP 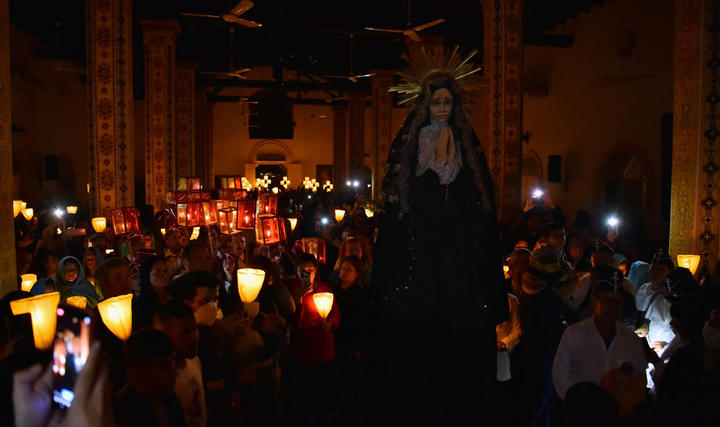 Catholics participate in a Good Friday procession commemorating the death of Christ, in Paraguay. Photo: AFP

Many churches switched to livestreaming services during lockdowns, and many are expected to continue to offer the livestreams, despite the freedom to return to large gatherings.

Israeli riot police faced off with fireworks-hurling Palestinians in the alleyways of Jerusalem's Old City on Sunday as a visit by Jews to a disputed holy site stoked tensions during Ramadan.

Violence at the Al Aqsa mosque compound, which erupted on Friday, has raised fears about a slide back into deeper conflict over the site as Ramadan coincides with the Jewish festival of Passover. Christians also marked Easter in Jerusalem on Sunday.

Pope Francis has used his traditional Easter message to criticise the Russian invasion of Ukraine.

Speaking from the central balcony of St Peter's Basilica, the Pope said Ukraine had been dragged into a cruel and senseless conflict. 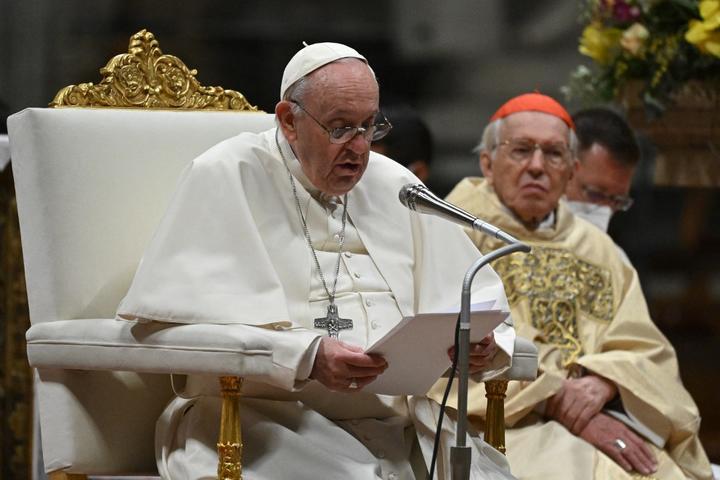 Pope Francis delivering the homily next to Italian Cardinal Giovanni Battista Re, during the Easter Vigil mass on 16 April, 2022 at St Peter's Basilica in The Vatican. Photo: AFP or licensors

Francis dedicated much of the address, traditionally an overview of world conflicts, to Ukraine, comparing the shock of another war in Europe to the shock apostles who the gospel says saw the risen Jesus.

"Our eyes, too, are incredulous on this Easter of war. We have seen all too much blood, all too much violence. Our hearts, too, have been filled with fear and anguish, as so many of our brothers and sisters have had to lock themselves away in order to be safe from bombing," he said.

Ukraine, he said, was "sorely tried by the violence and destruction of the cruel and senseless war into which it was dragged".

He talked about the refugees, displaced people, orphaned children and the ruined cities of Ukraine, and the fratricidal hatred of the world.

He also drew attention to the conflict in the Middle East, calling for peace in Libya and a resolution to the war in Yemen. 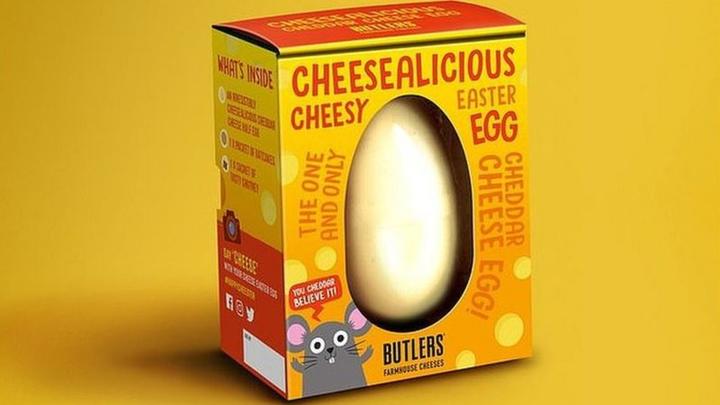 'Sainsbury's are marketing a Cheesealicious Easter egg made from Cheddar. Photo: Supplied/ Sainsburys

For those who aren't fans of chocolate there's a twist on the traditional Easter egg this year in the UK with the 'Cheester' egg introduced to some supermarket shelves - made entirely from cheese.