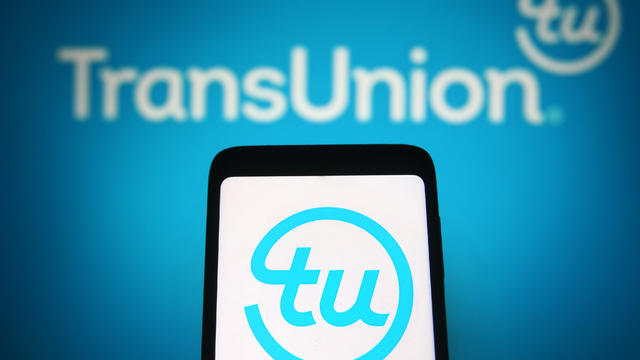 The Consumer Financial Protection Bureau is suing TransUnion and one of the credit reporting giant's longtime executives for allegedly continuing to employ deceptive sales and marketing tactics.
TransUnion tricked people into recurring payments after previously being fined for the activity, the consumer watchdog agency said Tuesday in a news release. The CFPB said it received nearly 150,000 complaints about TransUnion in 2021 alone.
"TransUnion is an out-of-control repeat offender that believes it is above the law," CFPB Director Rohit Chopra said in the statement. "I am concerned that TransUnion's leadership is either unwilling or incapable of operating its businesses lawfully."
Specifically, TransUnion used "dark patterns" — or hidden tricks — to get people to inadvertently click links to buy subscriptions, products or services, which are then difficult to cancel, the suit contends.
For instance, Americans are legally entitled to a free credit report. But those who requested one from TransUnion were asked to provide credit card information that appeared to be part of an identify verification process, but in reality had consumers signing up for recurring monthly charges, the agency alleges.
TransUnion dismissed the claims as "meritless," saying the allegations "in no way reflect the consumer-first approach we take to managing of our businesses."
"Danaher was bound by the 2017 order, but he repeatedly failed to ensure that TransUnion took certain required steps and refrained from prohibited conduct," the CFPB said. "In fact, Danaher determined that complying with the order would reduce the company's revenue, so he created a plan to delay or avoid having to implement the order."
In an unusual move, the CFPB called out John Danaher, formerly a top executive of TransUnion who recently left the company. While bound by the 2017 order, Danaher allegedly decided against complying with it as it would have cut into the company's revenue, which came to $3 billion last year, the agency said.
The only way consumers would know they were making a purchase was by noticing a low contrast disclosure in fine print to the side of the enrollment form, with the image taking up to 30 seconds longer to load than the rest of the material. That leading to thousands of complaints to the CFPB, the agency stated.
TransUnion in early 2017 agreed to pay $13.9 million in restitution to victims and $3 million in civil penalties to settle charges that the Chicago-based company and its subsidiaries deceived people in marketing credit-related services and products.
The settlement with the CFPB including an order requiring the company to obtain the informed consent of people for recurring payments and provide an easy way to cancel subscriptions. The CFPB found TransUnion was still violating its agreement and the law in June 2020.
source: https://www.cbsnews.com/news/transunion-cfpb-dark-patterns-consumer-credit/