Thousands of drunk drivers who are eligible, are not getting an alcohol interlock sentence - and even if they did, they might get away with never having the device fitted to their vehicle. 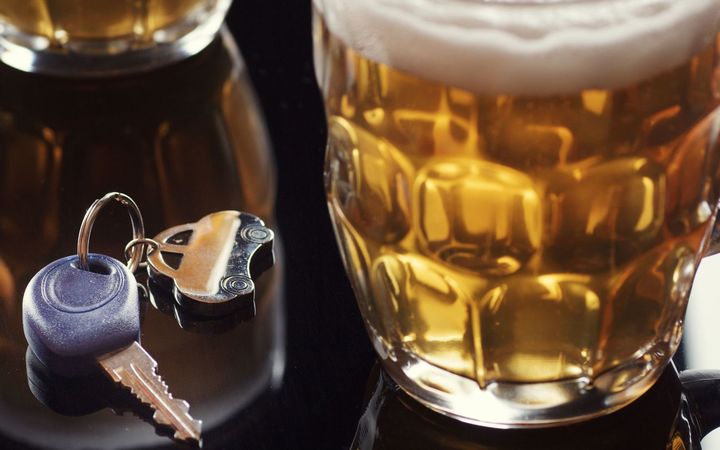 Once the interlock device is fitted, the driver must breathe into it and if alcohol is detected, the vehicle will not start.

In the 2020/2021 year 4138 people received an alcohol interlock sentence, but the Automobile Association's (AA) research shows this is only about half of total number who were eligible for one, under laws that changed in 2018.

In addition, only two-thirds of those sentenced actually go on to install the device in their vehicles.

"[It] really matters because what the figures show is for each interlock we put into a car, that prevents about 100 attempts by somebody with alcohol in their system to drive, a year.

"So interlocks are hugely effective at keeping drunk drivers off our roads."

"The biggest issue that we have with interlocks right now is that a large number of the people who are sentenced to them aren't actually getting them installed in their car and the reason for that is because there's no follow up in the system.

He said it could be easily fixed if interlock providers and authorities worked together.

"There's two companies that are interlock providers so you have to go and get it installed by one of those registered suppliers. Then people have to go back monthly to have data downloaded from the device and for it to be tested and checked. So there's great information there but we don't have good communication going on between the authorities."

"We need those two parts of the system talking to each other."

In July 2018, the Land Transport Act was amended to make alcohol interlock sentences mandatory for anyone convicted of two or more drink-driving offences within a five-year period.

The sentence also became mandatory for anyone convicted of driving with alcohol in their system that exceeded a certain threshold (800 micrograms per litre of breath or 160 milligrams per 100 millilitres of blood, which is over three times the legal limit).

Thomsen said it would be helpful if the courts collected data on why someone who was eligible, did not get sentenced.

Ministry of Justice policy manager Oliver Sanders said the law provided a number of reasons why a person might be exempt from the sentence, including medical reasons, not having a driver's licence or a car, or living in an area where an interlock provider was unavailable.

Analysis conducted by the ministry in 2019 found that the use of interlocks varied regionally. For instance, in Te Tai Tokerau 38 percent of eligible offenders were sentenced to an alcohol interlock, while in Taranaki/Whanganui that rate was 69 percent.

Age was also a factor with only 11 percent of under 20s being sentenced to an alcohol interlock sentence, compared to 73 percent for the 35-39 year old range.

In a briefing to Transport Minister Michael Wood just before Christmas, officials called the problems a "significant risk".

"While they remain disqualified from driving, a number may continue to drive. There is no follow-up with the offenders by any agency. In Te Manatū Waka's view, this poses a significant risk," they wrote.

A Ministry of Transport spokesperson said the system would be reviewed as part of the Road to Zero plan.

"Some aspects of the regime could be strengthened, including helping to ensure that those sentenced to an alcohol interlock comply with the conditions of the sentence. We will continue to work with Waka Kotahi on this, as we look ahead to the Road to Zero Action Plan 2023 - 2025."

It said the one-third who did not install the device were disqualified from driving, but added there were many reasons a person might not get one.

"Responsibility for meeting the requirements of the alcohol interlock sentence rests with the person subject to the sentence, as is common with many penalties imposed by courts.

"There may be a range of reasons why people do not install an interlock device, including cost, availability of installers, or they may choose not to drive at all."

In the Christmas briefing, "alcohol addiction", was also listed as a reason.

Leah Abrams was hit by a drunk driver in 2015 and started a support charity No One Ever Stands Alone (NESA), shortly after.

She said while interlocks were not the silver bullet, the system still needed to be beefed up.

"The law is only as good as the practical application is."

She said everything came back to education.

"Obviously Covid has overshadowed this for the last two and half years, which is understandable. But I think we need to go back to some of the social problems that existed long before Covid and actually starting to discuss them again ... in this case how to make our roads safer."

Overall, the number of people receiving an alcohol interlock sentenced has increased massively - about 10-fold since the law came into effect.

Thomsen said the improvement was great, but it could be better.

"If we get every single drunk driver who should have an interlock, having one on their car, it's actually going to mean tens of thousands of times a year that people who are drunk don't end up out on the roads ... because the car just physically won't start."